Home / Disney A to Z / S / Sorcerer's Apprentice, The (film)
Skip to content 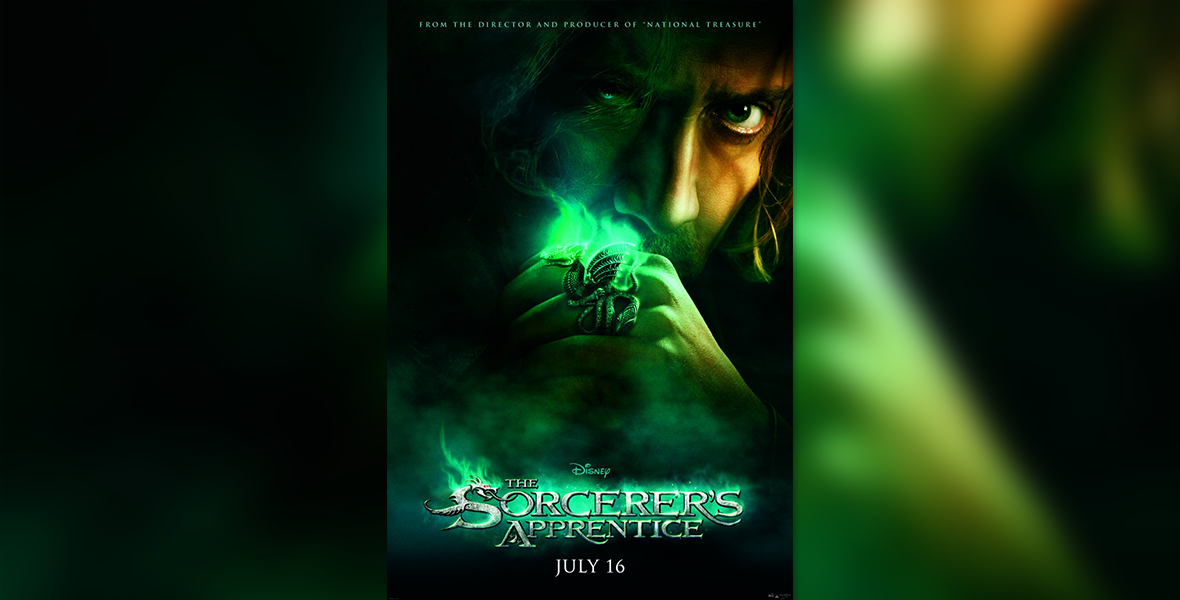 Sorcerer’s Apprentice, The (film) Balthazar Blake is a centuries-old master sorcerer, a former student of Merlin, in modern-day Manhattan trying to defend the world from his arch-nemesis Maxim Horvath and other evil doers who had been imprisoned in a series of nesting dolls. Balthazar cannot do it alone, so he recruits Dave Stutler, a seemingly average guy who demonstrates remarkable hidden potential, as his reluctant protégé. The sorcerer gives his unwilling accomplice a crash course in the art and science of magic, and together, these unlikely partners work to stop the forces of darkness. It takes all the courage Dave can muster to survive his training, save the city, and get the girl as he becomes the sorcerer’s apprentice. Directed by Jon Turteltaub. Released July 14, 2010. Stars Nicolas Cage (Balthazar Blake), Jay Baruchel (Dave Stutler), Alfred Molina (Maxim Horvath), Teresa Palmer (Becky Barnes), Monica Bellucci (Veronica), Toby Kebbell (Drake Stone), Alice Krige (Morgana). A Jerry Bruckheimer production. Filmed in CinemaScope

Sons of the Pioneers Sorcerer’s Apprentice, The (film)