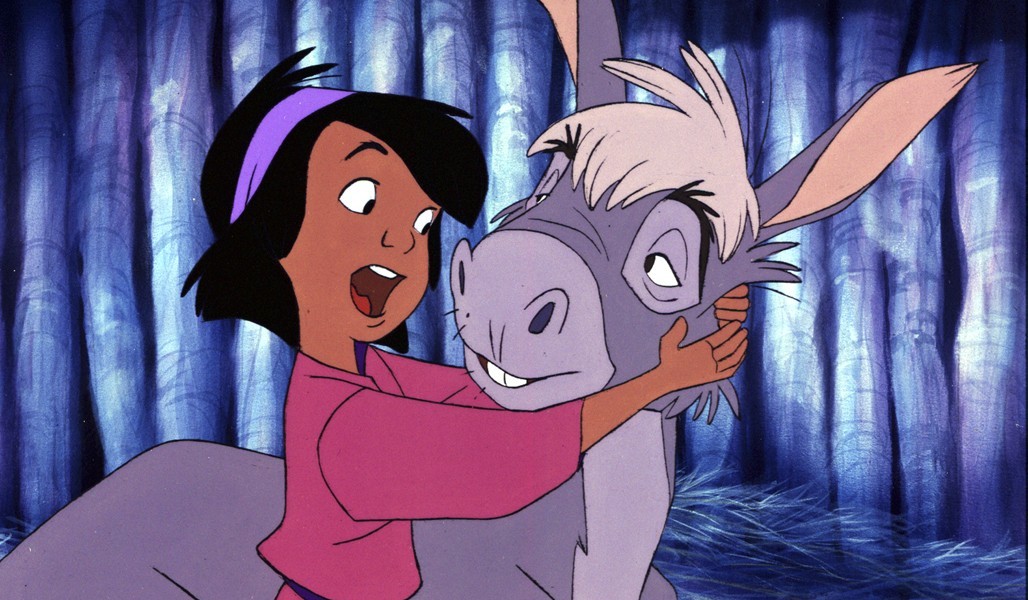 Small One, The (film) Special cartoon featurette telling a Christmas story; released on December 16, 1978. Directed by Don Bluth. Ordered by his father to sell his old, small donkey, Small One, a Hebrew boy in ancient Israel takes the donkey to the Jerusalem market. Finding no buyers there for Small One, the boy is about to give up when he meets a kind man named Joseph. Joseph buys Small One and uses him to take his pregnant wife Mary to Bethlehem. 25 min. Featuring the voices of Sean Marshall (Small One), Olan Soule (father), Joe Higgins (Roman guard), William Woodson (tanner), Hal Smith (auctioneer), Gordon Jump (Joseph). Based on a story by Charles Tazewell, published in 1947. In 1960, rights to the book were bought by Walt Disney, but the property was never developed. Then, in 1973, Disney writer/artist Pete Young re-discovered the book in the studio library and fell in love with it. When the project was approved by Ron Miller, vice president in charge of productions, Young and writer Vance Gerry further developed the script. After several delays, actual production began in 1977. This was the first Disney production created exclusively by the new generation of animators at the studio, except for “old timer” directing animator Cliff Nordberg, to prove their ability to create a success. More than 150 artists and technicians were involved in the production. Nearly 100,000 final drawings were used in the finished film, with at least triple that number drawn as sketches, pencil tests and for rough animation. The three songs—“The Small One,” “A Friendly Face,” and “The Market Song”—were written by Don Bluth and Richard Rich. For the first time since Sleeping Beauty, a choral sound was extensively used consisting of a 12-voice choir and a 42-piece orchestra. Released on video in 1985.