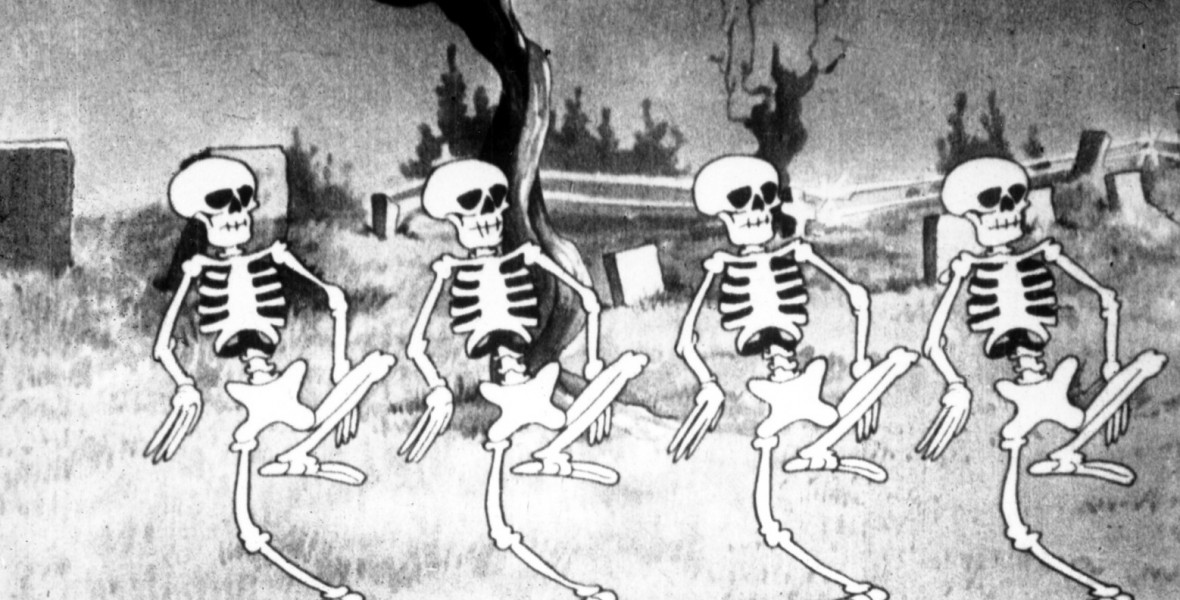 Skeleton Dance, The (film) The first Silly Symphony cartoon; released on August 22, 1929. Directed by Walt Disney. At midnight, skeletons in a cemetery perform a macabre, often humorous, dance before scurrying back to their graves when the cock crows the approach of dawn. It was later featured on the 16mm release, Milestones in Animation (1973).