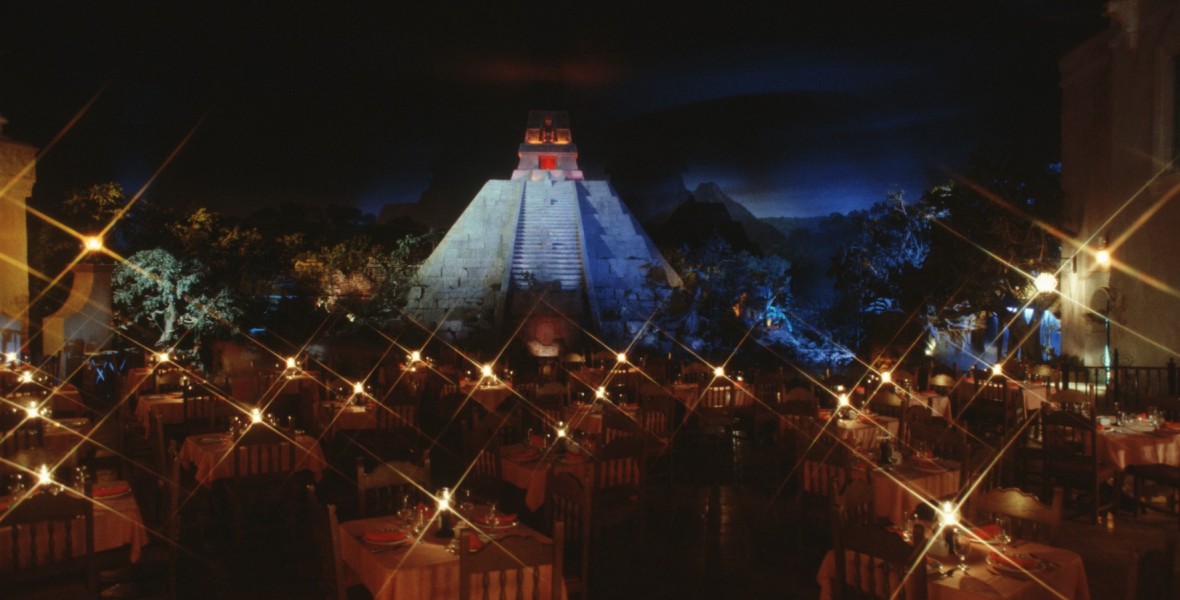 San Angel Inn Restaurant in Mexico in World Showcase at Epcot; opened on October 1, 1982. With an atmosphere similar to that of the Blue Bayou at Disneyland, set under a simulated evening sky, this attractive restaurant serves authentic Mexican food, much of which is unfamiliar to most Americans who are used to the Tex-Mex style. There are such dishes as mole poblano—chicken covered in a sauce that adds chocolate and chilies—and pollo en pipina—chicken simmered in a pumpkin seed sauce. The restaurant is operated by the company that runs the San Angel Inn in Mexico City.