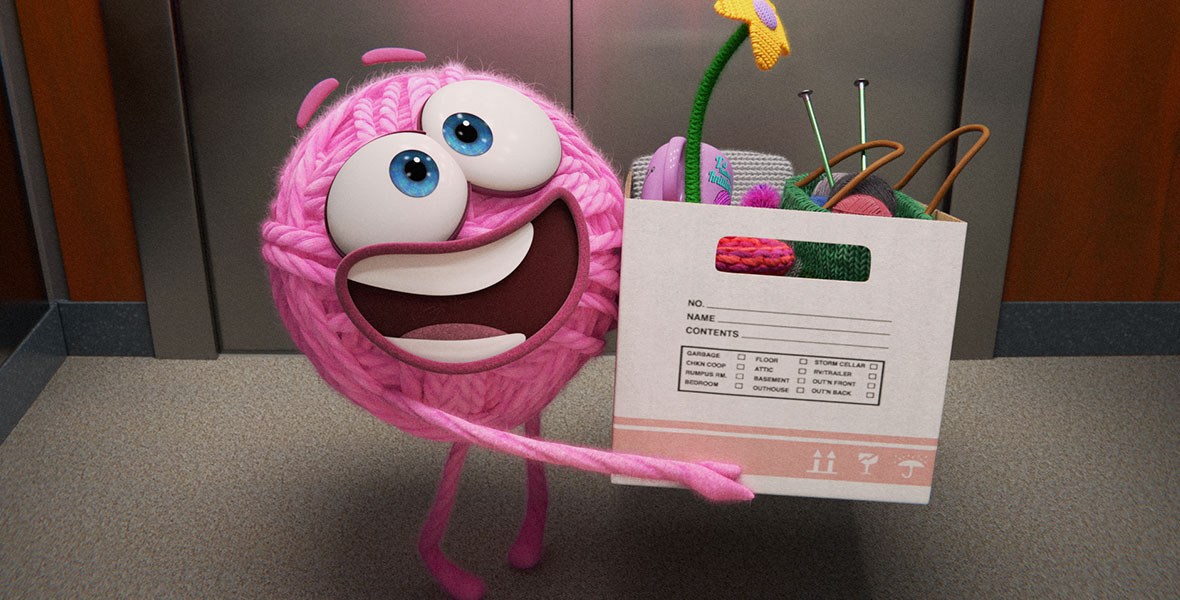 Purl (film) Animated short film; premiered at the El Capitan Theatre in Hollywood Jan. 18, 2019, after a debut Aug. 14, 2018, at the SIGGRAPH conference. Later released online and on Disney+. An earnest ball of yarn named Purl gets a job at a fast-paced, high-energy, male-centric start-up. Things start to unravel as she tries to fit in with this close-knit group. Purl must ask herself how far she is willing to go to get the acceptance she yearns for. Directed by Kristen Lester. 8 min. From the Pixar Animation Studios SparkShorts program. See also SparkShorts.