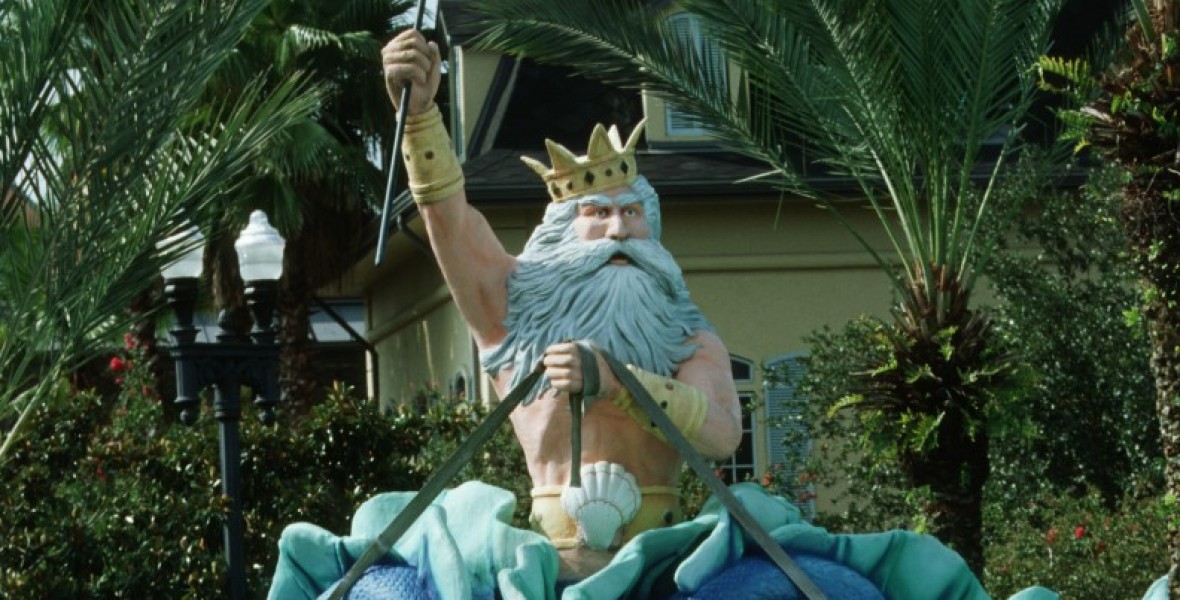 Port Orleans Resort Hotel at Walt Disney World; opened on May 17, 1991. Themed after the French Quarter in New Orleans, this hotel has 1,008 rooms. One could eat at Bonfamille’s Cafe or select from the fare at the Sassagoula Floatworks and Food Factory. The swimming pool is called Doubloon Lagoon, and it is built around a sea serpent. The Dixie Landings Resort was combined with the Port Orleans Resort on April 1, 2001; Dixie Landings became the Riverside section, including the Magnolia Bend mansions and Alligator Bayou cottages, and the original resort became the French Quarter section. In 2011, many of the rooms at Port Orleans Riverside became Royal Guest Rooms, themed to the Disney princesses.