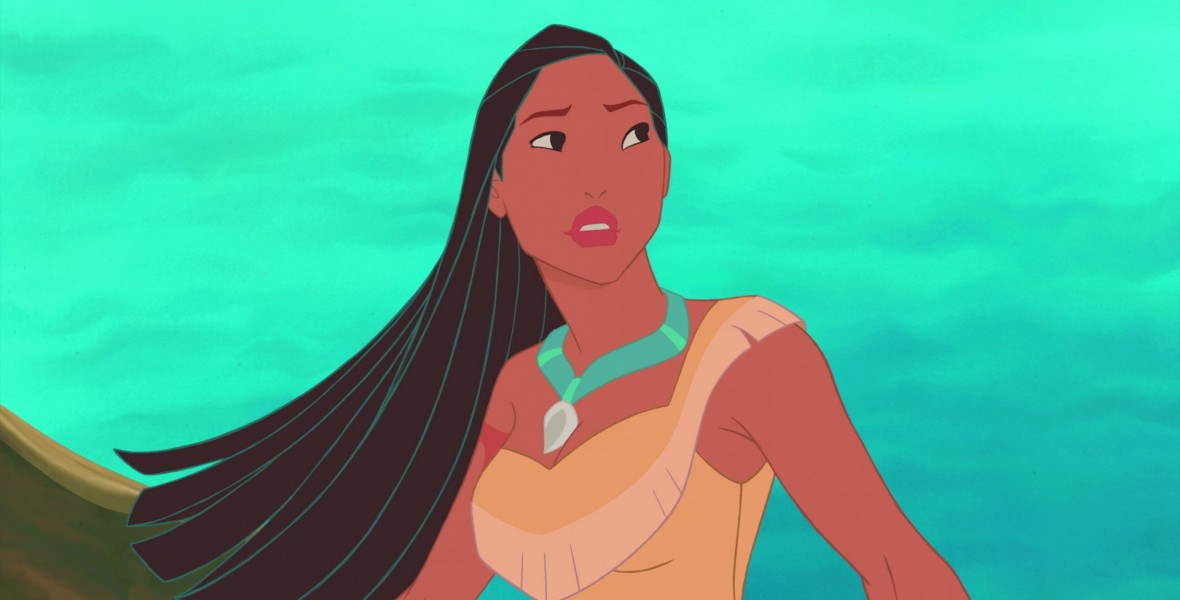 Pocahontas (film) The first Disney animated feature based on historical fact, Pocahontas tells the story of the meeting of the English settlers in Jamestown with the local tribe of Powhatan Indians. The adventurous young Native American woman, Pocahontas, along with her constant companions, Meeko, a raccoon, and Flit, a hummingbird, visit Grandmother Willow, a counseling tree spirit, because she is uncertain about the path her life should take. She soon meets the brave English captain John Smith, and while opening his eyes to an understanding and respect for the world around him, the two fall in love. The other English settlers, led by Governor Ratcliffe, are intent on finding gold in the New World and become convinced the Native Americans are hiding the precious substance from them. Thomas, an inexperienced settler, kills the Native American brave, Kocoum, but Smith lets the Native Americans think he is responsible, so he is condemned to death. In begging her father, Chief Powhatan, to spare Smith’s life, Pocahontas finds that her path in life is to be instrumental in establishing the early peace between the Jamestown settlers and her tribe. Smith, however, is severely wounded by an enraged Ratcliffe and must return to England. Pocahontas and he part, each knowing their lives are richer for the love they share. Directed by Mike Gabriel and Eric Goldberg. Limited release on June 16; general release on June 23, 1995. Voices include Irene Bedard (Pocahontas speaking), Judy Kuhn (Pocahontas singing), Mel Gibson (Capt. John Smith), David Ogden Stiers (Ratcliffe/Wiggins), Linda Hunt (Grandmother Willow), Christian Bale (Thomas), Russell Means (Chief Powhatan). 81 min. Music is by Alan Menken with lyrics by Stephen Schwartz. Songs include “Just Around the Riverbend,” “Steady as the Beating Drum,” and “Colors of the Wind.” The look and style of the film were inspired by the filmmakers’ numerous visits to Jamestown, Virginia, as well as by extensive research into the Colonial period. The use of strong vertical and horizontal imagery in the design springs from the tall, vertical shapes of the Virginia pine forests and the vast horizontal landscapes. At various stages of the production, the creative team consulted with Native American scholars and storytellers to incorporate authentic aspects of the Powhatan culture into the film. The film had an outdoor premiere in New York’s Central Park on June 10, 1995. Alan Menken and Stephen Schwartz were presented Oscars for Best Song (“Colors of the Wind”) and Menken won for Best Score. Released on video in 1996.