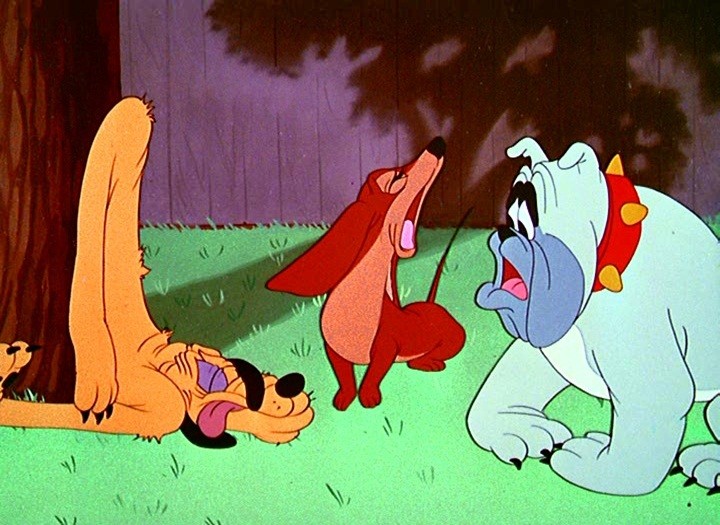 Pluto’s Heart Throb (film) Pluto cartoon; released on January 6, 1950. Directed by Charles Nichols. When Butch and Pluto vie for Dinah’s attention, it appears the brute strength of the bulldog will vanquish Pluto until Dinah must be rescued from a swimming pool. Only Pluto manages to rescue her and, in doing so, win her.