Home / Disney A to Z / P / Pirates of the Caribbean: On Stranger Tides (film) 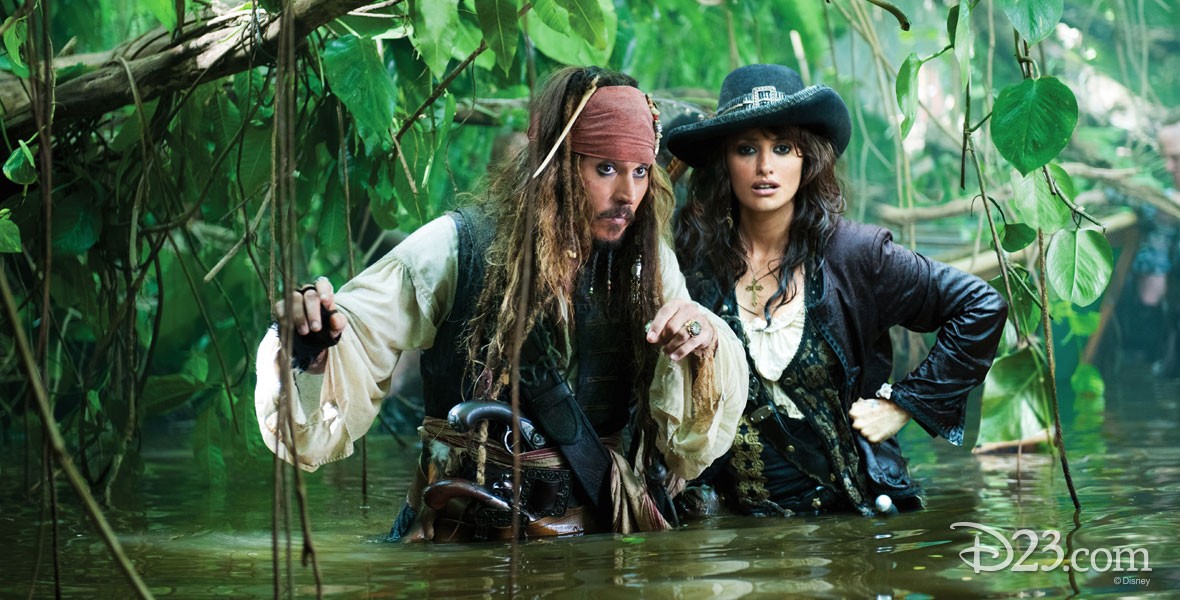 Pirates of the Caribbean: On Stranger Tides (film)  Angelica, a ravishing pirate with whom Captain Jack Sparrow shares a dubious past, forces him aboard the Queen Anne’s Revenge, the ship of the legendary pirate Blackbeard.  Jack finds himself on an unexpected journey to find the fabled Fountain of Youth.  Along the way, Jack must use all his wiles to deal with the barbarous Blackbeard and his crew of zombies, Angelica, the beautiful, enchanting mermaids whose masterful cunning can lure even the most seasoned sailor to his doom, and crews of Spaniards also searching for the fountain.  Released on May 20, 2011, after a premiere at Disneyland on May 7, and many earlier international releases beginning with May 15 in Belgium.  Directed by Rob Marshall.  Stars Johnny Depp (Captain Jack Sparrow), Penèlope Cruz (Angelica), Geoffrey Rush (Captain Barbossa), Ian McShane (Blackbeard), Kevin R. McNally (Joshamee Gibbs), Sam Claflin (Philip), Astrid Bergès-Frisbey (Syrena), Keith Richards (Captain Teague), Richard Griffiths (King George).  136 min.  Third sequel to Pirates of the Caribbean: The Curse of the Black Pearl. Released also in 3D and Imax versions.  Filmed in CinemaScope partially in England and Hawaii.