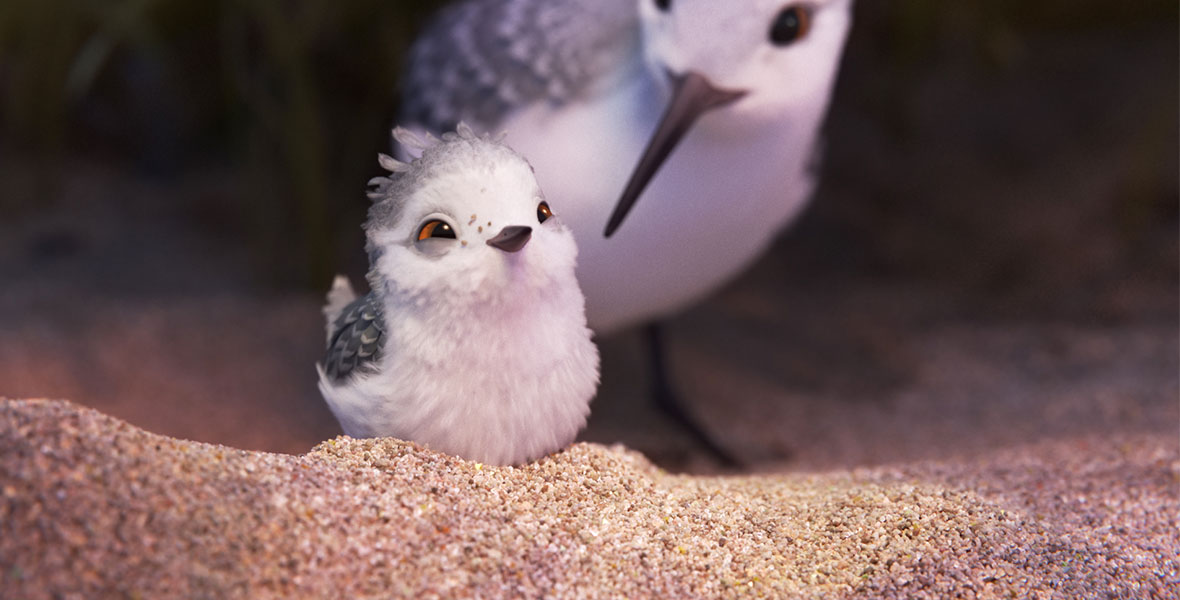 Piper (film) Short cartoon from Pixar, released with Finding Dory on June 17, 2016. A hungry baby sandpiper, Piper, has to learn from a parent and a small hermit crab to overcome hydrophobia in order to eat. Directed by Alan Barillaro. 6 min. It won the Academy Award for Best Animated Short of 2016.