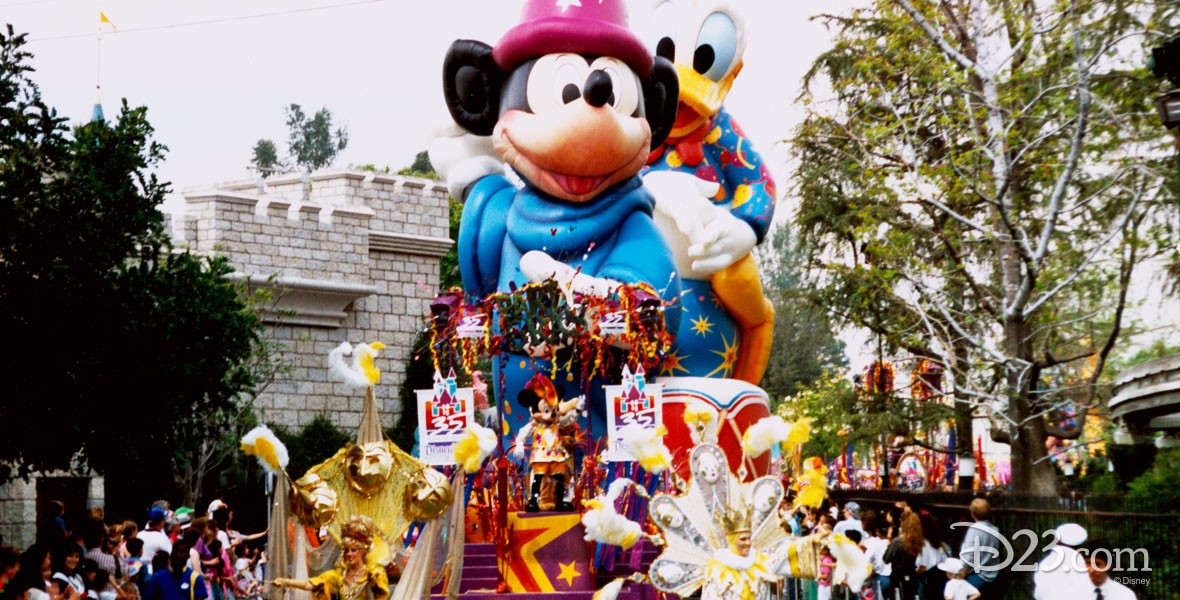 Party Gras Parade Parade at Disneyland from January 11 to November 18, 1990. Disney’s version of Mardi Gras in New Orleans, this parade featured large floats, stilt-walkers, dancers and performers, who would toss special Party Gras coins and strings of beads out to the guests. The parade would stop at intervals and a special performance would be given. Also at Tokyo Disneyland from April 1991 to April 1993.