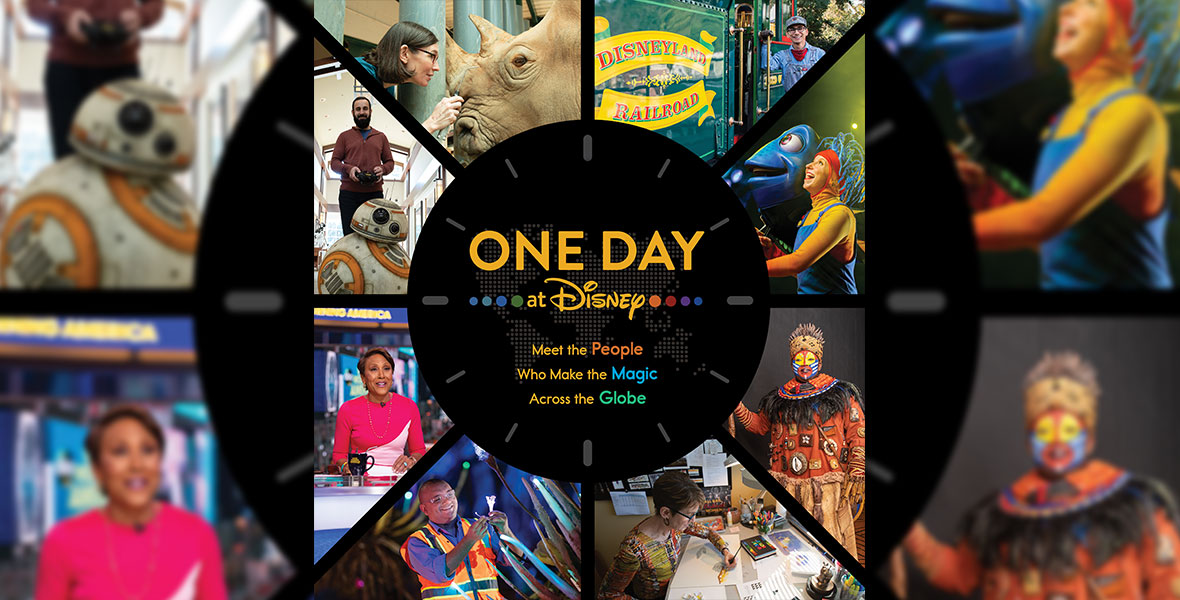 One Day at Disney (television) Documentary series on Disney+ spotlighting many of the talented Cast Members who drive creativity, innovation, and storytelling at The Walt Disney Company. In a 59-minute film premiering December 3, 2019, narrator Sterling K. Brown introduces the inspiring personal stories of ten Disney employees through the lens of Disney Chairman and CEO Bob Iger. The feature is followed by a series of 52 short films that celebrate the journeys of Disney Cast Members around the world. From Endeavor Content. Released in conjunction with a collectible book from Disney Publishing.

One by One (film) One Day at Teton Marsh (television)