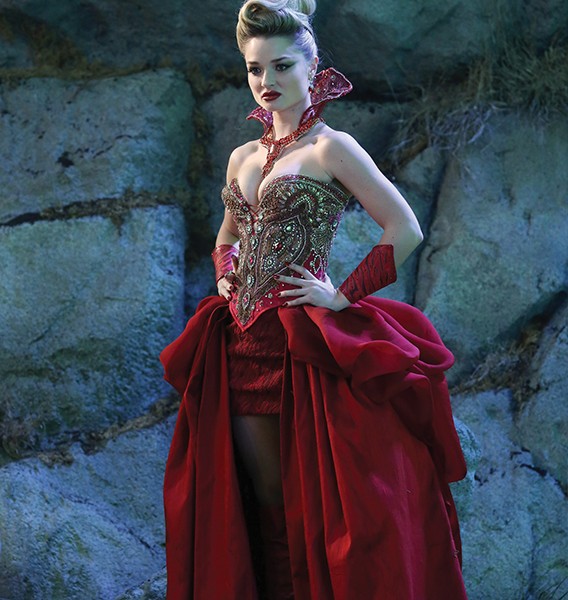 Once Upon a Time in Wonderland (television) One-hour series on ABC, debuting on Oct. 10, 2013 and ending Apr. 3, 2014. In a new twist on the Alice in Wonderland story, Alice cannot get anyone to believe her stories about a strange new land on the other side of a rabbit hole. Thinking her insane, doctors intend to cure her with a treatment that will make her forget everything.  But in her heart Alice knows this world is real, and just in the nick of time the sardonic Knave of Hearts and the irrepressible White Rabbit arrive to save her from her fate and return with her to Wonderland. Stars Sophie Lowe (Alice), Michael Socha (Knave of Hearts), Peter Gadiot (Cyrus), Emma Rigby (Red Queen), Naveen Andrews (Jafar), John Lithgow (voice of White Rabbit). From ABC Studios.