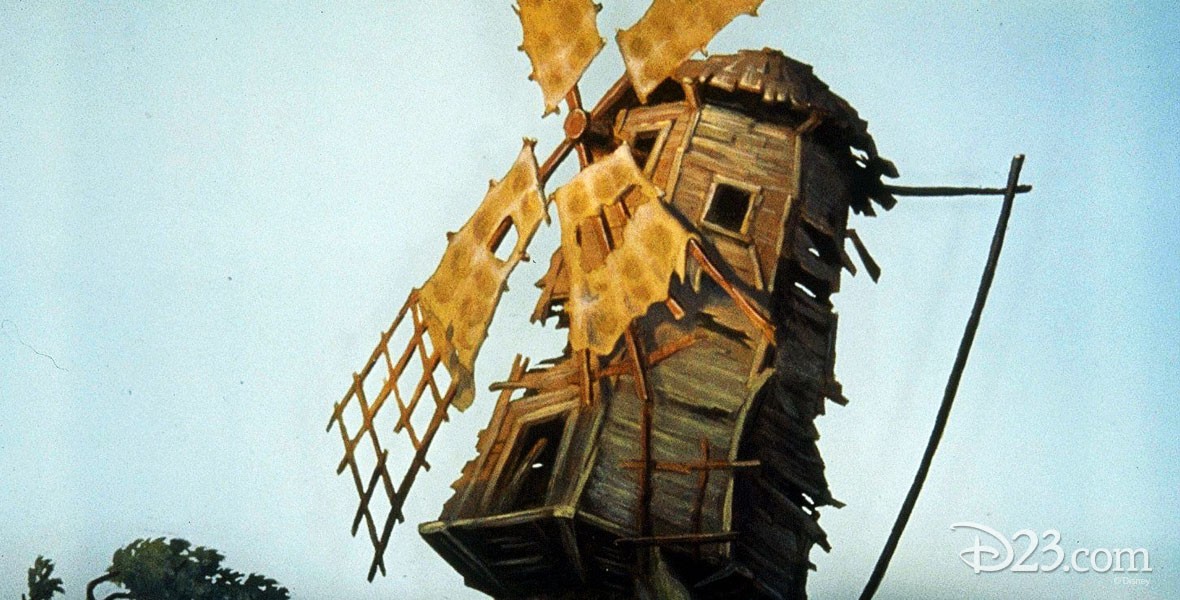 Old Mill, The (film) Silly Symphony cartoon; released on November 5, 1937. Directed by Wilfred Jackson. The first film to use the multiplane camera. Night in an old mill is dramatically depicted in this Oscar-winning short in which the frightened occupants, including birds, timid mice, owls, and other creatures try to stay safe and dry as a storm approaches. As the thunderstorm worsens, the mill wheel begins to turn and the whole mill threatens to blow apart until at last the storm subsides. Besides the award for Best Cartoon, Walt Disney received a second Academy Award, a Scientific and Technical Class II plaque, for the design and application of the multiplane camera.