Home / Disney A to Z / N / Nightmare Before Christmas, The (film) 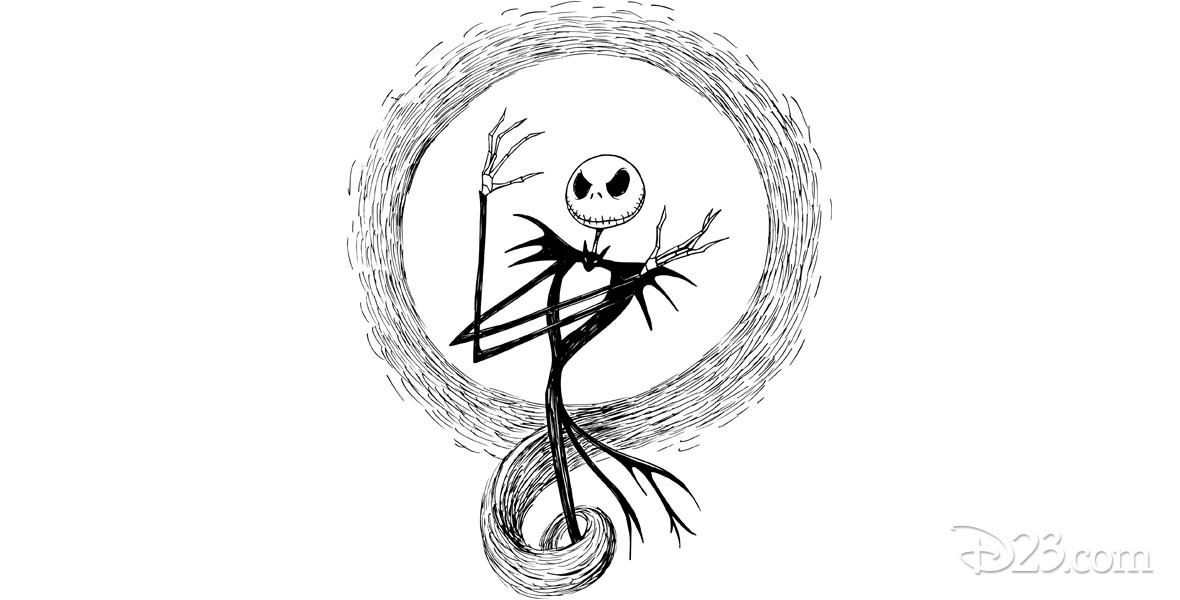 Nightmare Before Christmas, The (film) Jack Skellington is the Pumpkin King of Halloweentown who, though busy, feels a void in his life. Upon discovering Christmastown, he rejoices with a fervor to take over a new holiday. With the help of three mischievous trick-or-treaters, Lock, Shock, and Barrel, he manages to capture Santa Claus, whom he calls Sandy Claws, and proceeds to turn Halloweentown into a Christmas manufacturing plant. Sally, a lonely ragdoll who loves Jack, fears his new obsession will bring him trouble. Despite her efforts, Jack and his reindeer, created by the local evil scientist, set off on Christmas Eve with a lot of ghoulish presents. When the world responds with horror to Jack’s earnest efforts, and cries for the real Santa Claus, Jack realizes his mistake. He manages to save Sally and Santa Claus from the dangerous Oogie Boogie and restore the Christmas holiday. With his newfound love for Sally, he can happily return to being himself. This film is Tim Burton’s tour de force using stop-motion animation. Initial release in New York on October 13, 1993; expanded release on October 22, 1993, and general release on October 29, 1993. Directed by Henry Selick. A Touchstone film. 76 min. Voices include Chris Sarandon (Jack Skellington), Catherine O’Hara (Sally), Glenn Shadix (Mayor), William Hickey (evil scientist), Ken Page (Oogie Boogie). Tim Burton created the story and characters for the film. The original score was by Danny Elfman, who also provided the singing voice of Jack Skellington. Produced in a studio in San Francisco, utilizing more than 227 animated characters. Released on video in 1994. It has had a limited reissue at Halloween beginning in 2000, and the film has become a cult classic. For the holiday season in 2001, the Disneyland Haunted Mansion was outfitted with Nightmare Before Christmas elements, characters, and scenes, and its popularity ensured its return in ensuing years. The film was rereleased in Disney Digital 3D on October 20, 2006, marking the first time that a once-analog 2D film has been turned into a wholly digital 3D film. The 3D version was produced by Don Hahn with 3D visual effects by ILM under Colum Slevin. It was brought back to theaters at Halloween time annually thereafter.