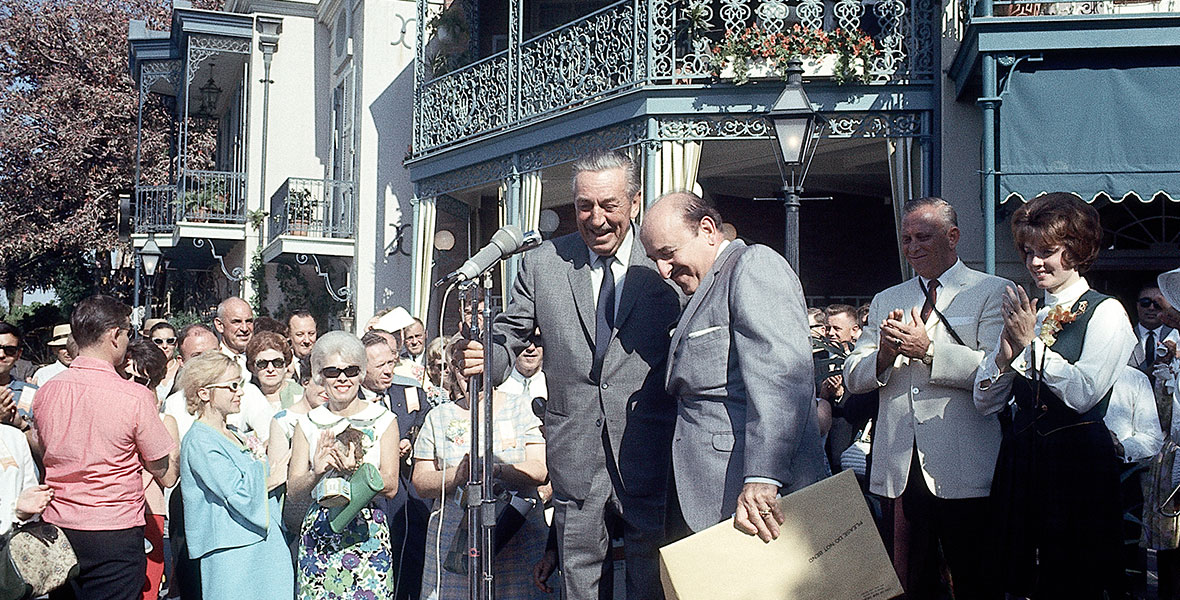 New Orleans Square Land dedicated at Disneyland on July 24, 1966 by Walt Disney and the mayor of New Orleans. Disney had always enjoyed New Orleans, in fact it was in an antique shop there that he found an old windup mechanical bird that would give him the idea for Audio-Animatronics. He felt the unique New Orleans architecture would add an ideal touch along the banks of the Rivers of America, so he set his designers to coming up with a plan. The space they had to work with was not large, so they were ingenious in fitting in everything that they wanted to include. It not only houses the major attractions of Pirates of the Caribbean and Haunted Mansion, but features shops and restaurants as well. It was also here that Walt wanted his own apartment built (see Disney Gallery). Tucked in, around, underneath, and out of view of the daily guests, are offices, kitchens, and a cast-member cafeteria.