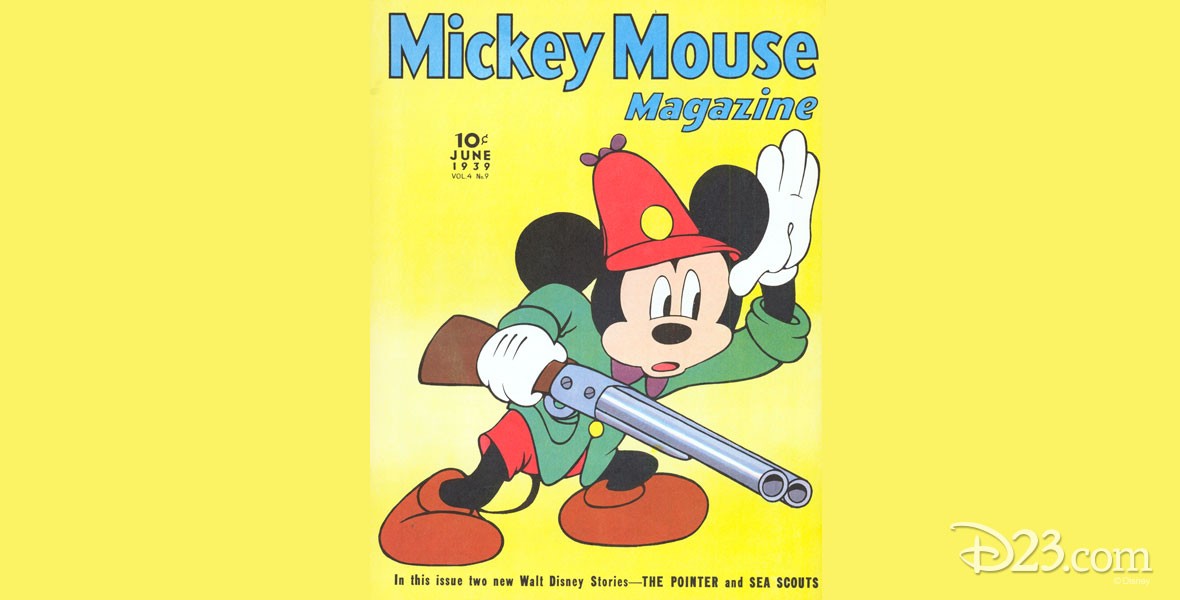 Mickey Mouse Magazine In January 1933, Kay Kamen created Mickey Mouse Magazine, which was a small publication containing short stories, articles, gags, games, and poems. There were nine monthly issues of the magazine, distributed through movie theaters and department stores. In November 1933, a second version of the magazine, in the same format but distributed through dairies, debuted, and continued until October 1935. The dairies would print their name on the cover of the magazine above the title. This dairy magazine was superseded by a third, and much more elaborate, magazine, which began publication with a large issue in the summer of 1935. In October 1935, it turned into a monthly magazine. Over the years, several different sizes were experimented with, until finally in 1940 the magazine reached the size we know today as the normal comic book size. The last issue of Mickey Mouse Magazine was the one for September 1940. In October 1940, Walt Disney’s Comics and Stories took over.