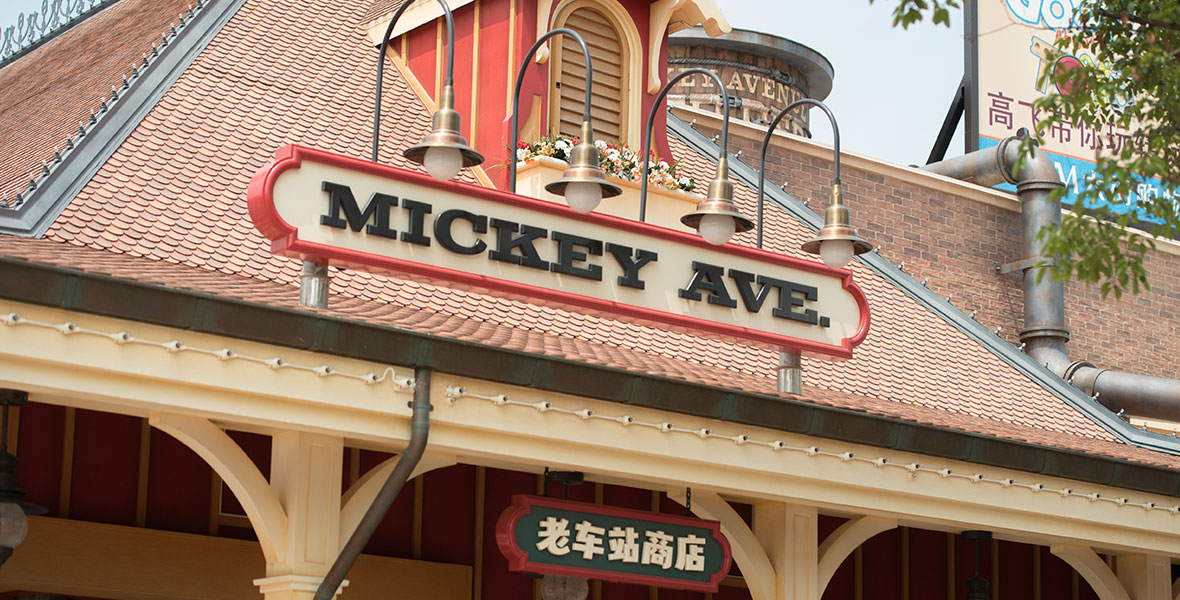 Mickey Avenue Themed area at Shanghai Disneyland; opened June 16, 2016, as the first main entry at a Disney park inspired by Mickey Mouse and his friends. In this whimsical hometown, shops and restaurants are inspired by characters and settings found in classic Disney animated shorts. The avenue is comprised of three areas: Celebration Square, the Market District, and the Theatre District. Imagineers worked closely with local artists to incorporate Chinese culture into the area’s design and merchandise offerings. The name Mickey Avenue is inspired by a street at the Disney Studio in Burbank. Also the name of a street at Disney’s Hollywood Studios, originally part of the backstage production area.  The area would later open to the public and feature character meeting locations and attractions such as Backstage Pass to 101 Dalmatians, Who Wants to Be a Millionaire—Play It, and Walt Disney: One Man’s Dream. Portions of it became Pixar Place in 2008.

Mickey and the Wondrous Book Mickey Cuts Up (film)