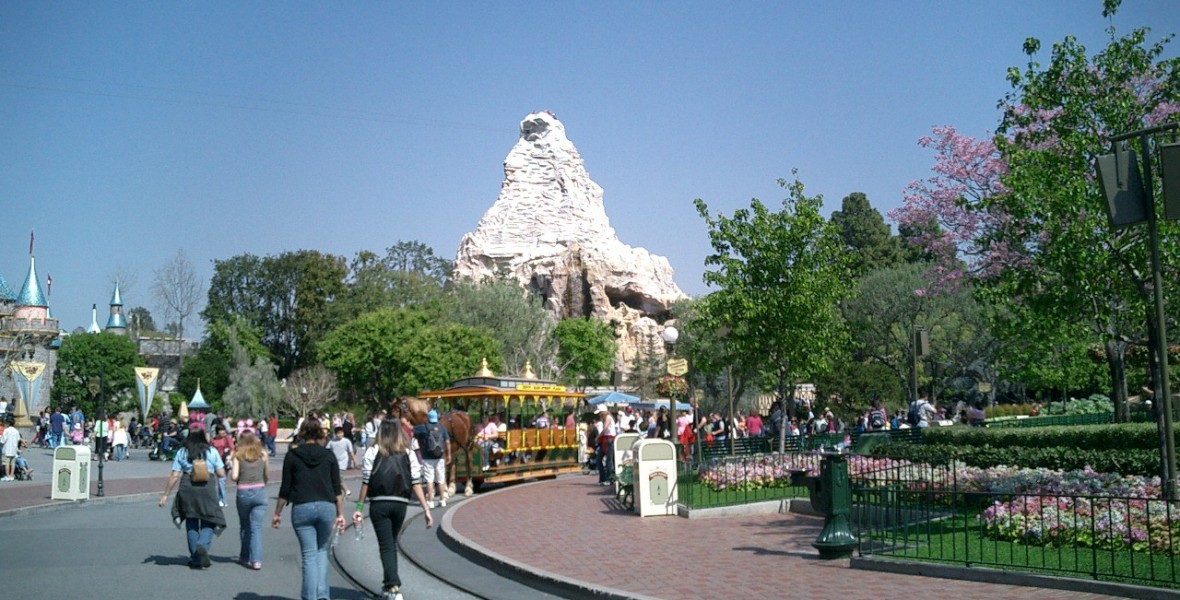 Matterhorn Bobsleds Fantasyland attraction with dual bobsled runs at Disneyland; opened on June 14, 1959. The first thrill attraction to be added to Disneyland, based on the Disney film Third Man on the Mountain. The Matterhorn at Disneyland is 147 feet high, about 1/100th the size of its Swiss counterpart, but to make it look larger, forced perspective was used. The mountain was built of wood and steel, with a plaster coating over a layer of metal mesh. Trees growing on the side of the mountain get progressively smaller as they get higher. The ride was innovative at the time it opened because it for the first time utilized cylindrical rails and urethane wheels, which have since become standard for roller coasters. An ice cavern, glowing ice crystals, and the Abominable Snowman were added in 1978, along with a new ride system, featuring tandem bobsleds, greatly increasing capacity. Until it was removed in 1994, the Skyway’s cable passed directly through the mountain, providing more leisurely views of the Abominable Snowman.