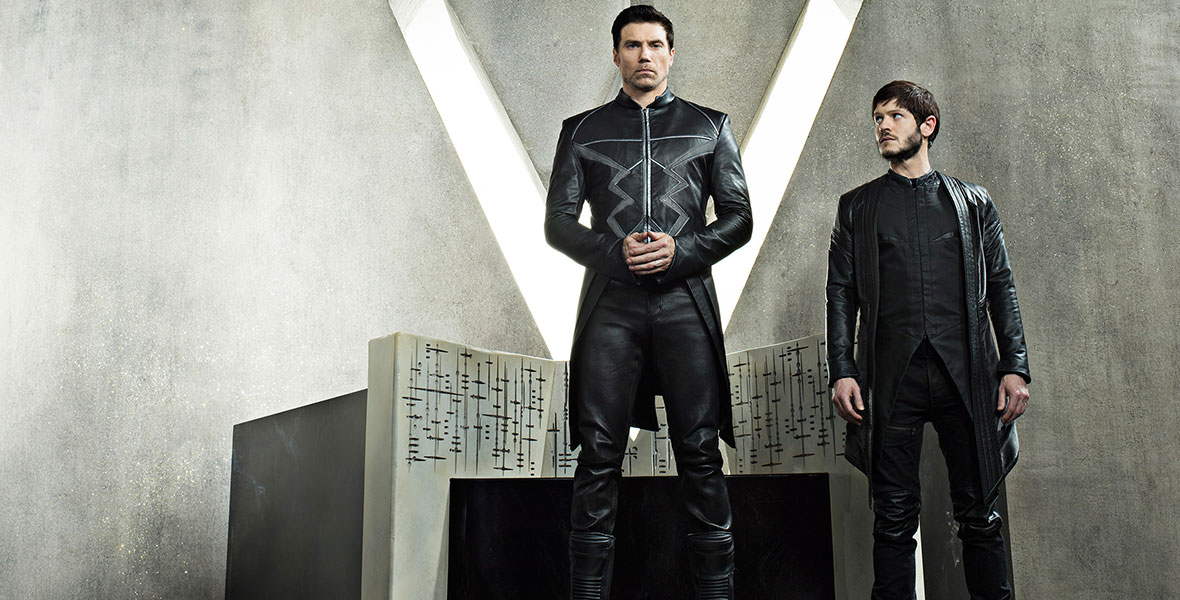 Marvel’s Inhumans (television) Series on ABC, debuting on Sep. 29, 2017, and ending Nov. 10, 2017. A version of the first two episodes was shown globally in IMAX theaters for a 2-week period beginning Sep. 1. The Royal Family, including Black Bolt, the enigmatic, commanding King of the Inhumans, whose voice is so powerful that the slightest whisper can destroy a city, is splintered by a military coup. They barely escape to Hawaii, where they are greeted with surprising interactions with the lush world and humanity around them. They must find a way to reunite with each other and return to their home before their way of life is destroyed forever. Stars Anson Mount (Black Bolt), Iwan Rheon (Maximus), Serinda Swan (Medusa), Eme Ikwuakor (Gorgon), Isabelle Cornish (Crystal), Ken Leung (Karnak), Sonya Balmores (Aaron), Mike Moh (Triton). From Marvel Television and ABC Studios.