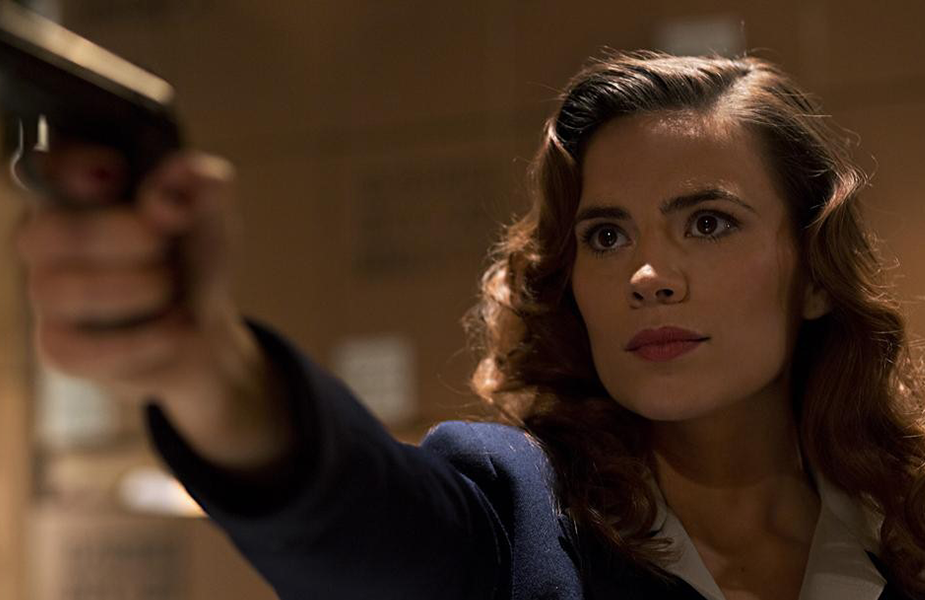 Marvel’s Agent Carter (TV) ABC television series, premiering January 6, 2015 and ending March 1, 2016. In 1946, Peggy Carter works for the covert SSR (Strategic Scientific Reserve) doing administrative work when she would rather be out in the field, putting her vast skills into play and taking down the bad guys. Women are not recognized as being as smart or as tough as their male counterparts, so Peggy has work to to prove herself. When an old acquaintance, Howard Stark, finds himself being framed in a plot regarding deadly weapons, he contacts Peggy, the only person he can trust, to track down those responsible, dispose of the weapons, and clear his name. She is assisted by Edwin Jarvis, Stark’s butler who is a creature of habit and sticks to a rigid daily routine, but who has to make some major life changes if he is going to be able to keep up with Peggy. Stars Hayley Atwell (Peggy Carter), James D’Arcy (Edwin Jarvis), Chad Michael Murray (Agent Jack Thompson), Enver Gjokaj (Agent Daniel Sousa), Shea Whigham (Chief Roger Dooley), Dominic Cooper (Howard Stark). Produced by ABC Studios and Marvel Television.