Home / Disney A to Z / M / Many Adventures of Winnie the Pooh, The (film)
Skip to content 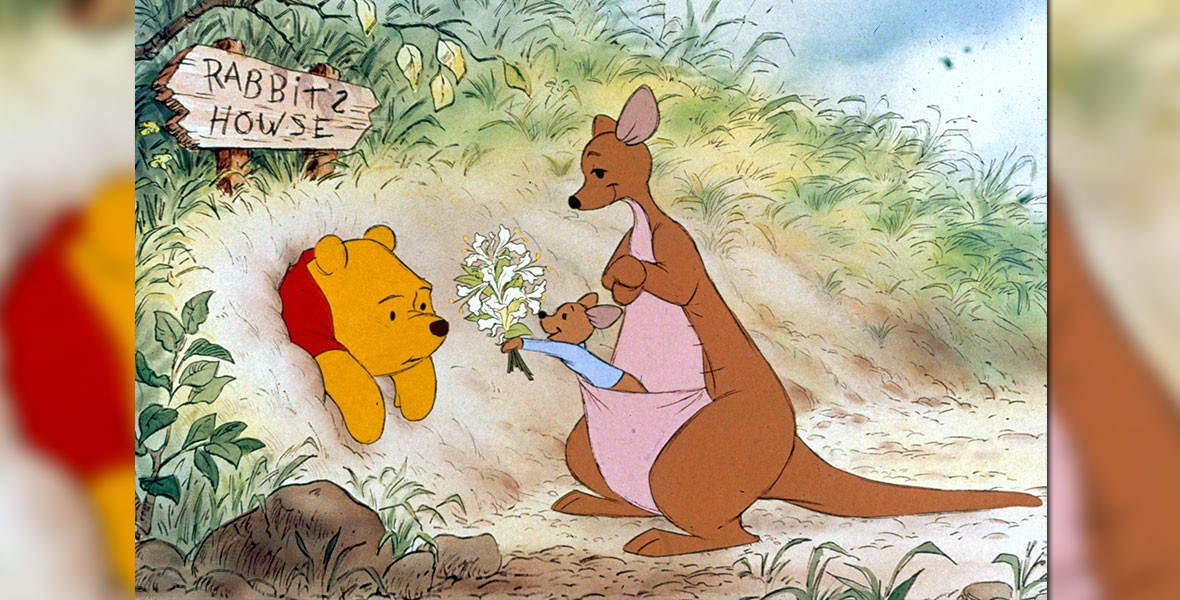 Many Adventures of Winnie the Pooh, The (film) In the Hundred Acre Wood, Winnie the Pooh, the roly-poly little bear, and his animal friends plus Christopher Robin find themselves in one ticklish situation after another. These adventures included a compilation of Winnie The Pooh and the Honey Tree, Winnie The Pooh and the Blustery Day, and Winnie the Pooh and Tigger Too, with newly animated linking material from the original books by A. A. Milne. Released on March 11, 1977. Directed by Wolfgang Reitherman and John Lounsbery. 74 min. Features the voices of Sebastian Cabot, Sterling Holloway, Junius Matthews, Barbara Luddy, Howard Morris, John Fiedler, Ralph Wright, Hal Smith, Clint Howard, Bruce Reitherman, Jon Walmsley, Timothy Turner, and Paul Winchell. Music and lyrics were provided by Richard M. Sherman and Robert B. Sherman, who wrote ten songs for the entire series of Pooh films: “Winnie The Pooh, ” “Up, Down, and Touch the Ground, ” “Rumbly In My Tumbly, ” “Little Black Rain Cloud, ” “Mind Over Matter, ” “A Rather Blustery Day, ” “The Wonderful Thing About Tiggers, ” “The Rain, Rain, Rain Came Down, Down. Down, ” “Heffalumps and Woozles, ” and “Hip Hip Pooh-Ray.” Released on video in 1981 and 1996.

Many Adventures of Winnie the Pooh, The MAPO