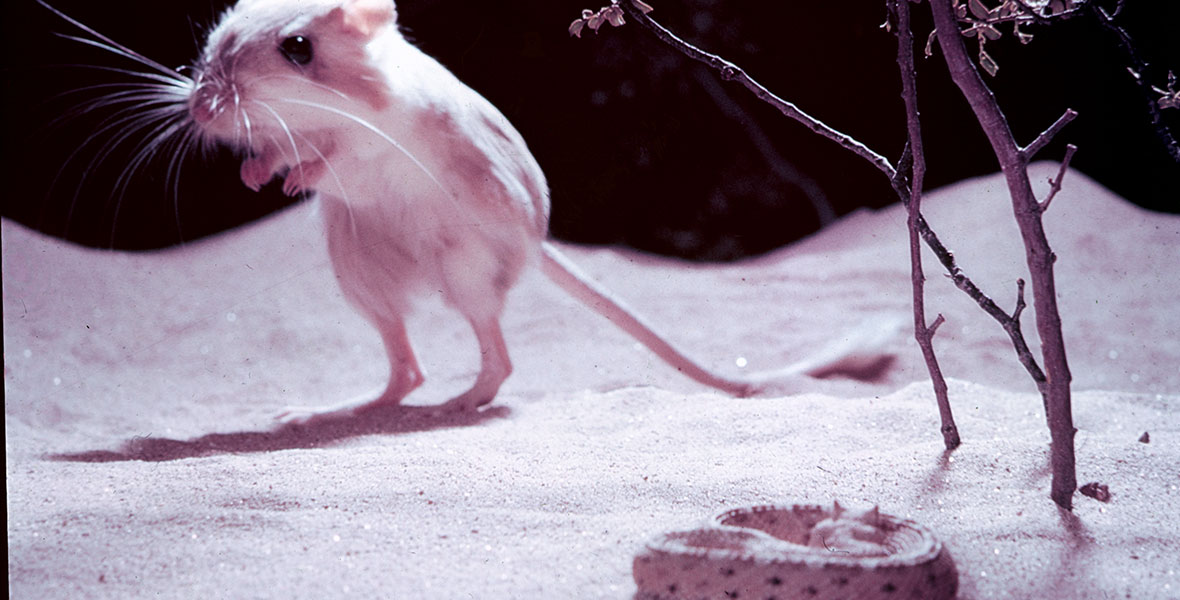 Living Desert, The (film) True-Life Adventure feature; released on November 10, 1953. Directed by James Algar. Though the desert to most people represents an area of arid desolation, it is really a place teeming with life, including extraordinary plants, desert tortoises, rattlesnakes, scorpions, kangaroo rats, and roadrunners. A flash flood hits the desert, causing much of the plant life to blossom anew. The film stands as a landmark of factual filmmaking. 69 min. Academy Award winner. As Walt Disney had had a difficult time convincing his distributor, RKO, of the value of the True-Life Adventure featurettes, he had renewed problems when he produced his first feature-length True-Life Adventure. Again they argued that audiences would not pay money to see a one-hour-plus film about desert creatures. But again, Disney knew they were wrong. This time he went to Roy Disney and together they decided that it was time to part company with RKO and handle the releases of the Disney product themselves. With some trepidation they made the break and set up the Buena Vista Distribution Company, with its first release being The Living Desert. This film, made for only about $500,000, went out and made $5 million during its original release, and Walt and Roy knew they had made the right decision. Released on video in 1986.

Live with Regis and Kathie Lee (television) Living Seas, The