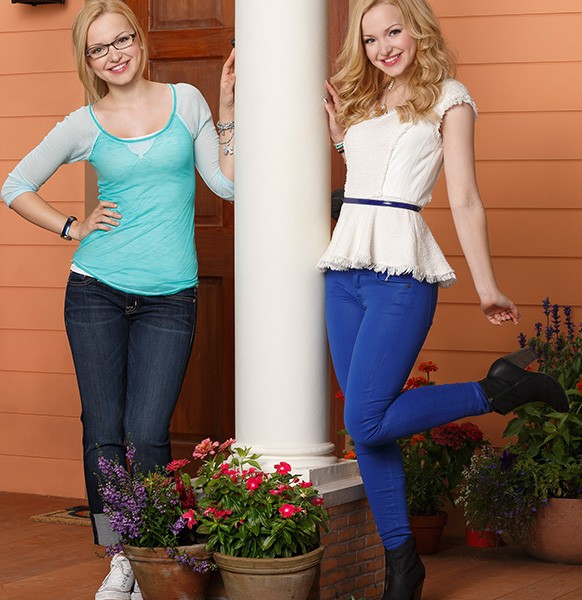 Liv and Maddie (television) Series on Disney Channel, premiering on Sep. 15, 2013, after a July 19 preview. Identical twins Liv and Maddie Rooney have always shared a special bond, and cannot wait to reunite with each other when Liv returns home to Wisconsin after starring in a hit Hollywood TV show for the past four years. Liv is a cool, confident, social butterfly who loves to sing while Maddie is a smart, athletic high school basketball phenomenon. Though Liv and Maddie have wildly different personalities, dreams, and aspirations, the bond between the sisters is unbreakable, and together—with the help of their family—they are able to accomplish almost anything. Stars Dove Cameron (Liv and Maddie), Joey Bragg (Joey), Tanzing Norgay Trainor (Parker), Benjamin King (Pete Rooney), Kali Rocha (Karen Rooney). The show was retitled Liv and Maddie: Cali Style for its fourth and final season. From It’s a Laugh Productions.