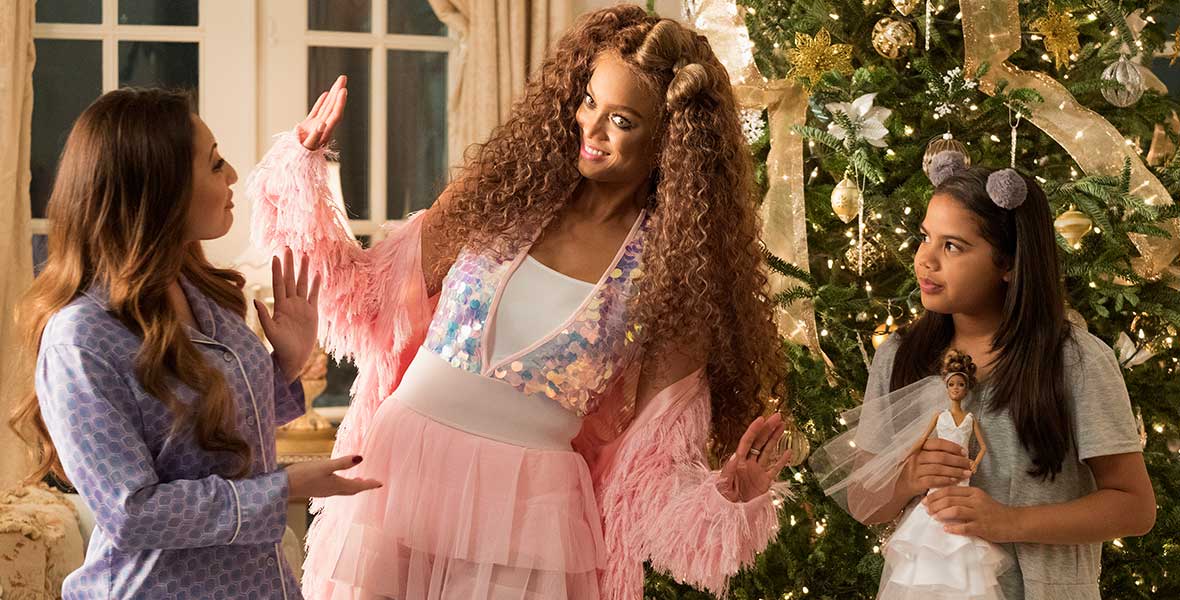 Life-Size 2: A Christmas Eve (television) Television movie, aired on Freeform on Dec. 2, 2018. Grace, the young CEO of Marathon Toys, is in the middle of a quarter-life crisis as she struggles with her job. With the help of her young neighbor, Grace’s old doll magically awakens to help get her back on track. Directed by Steven Tsuchida. Stars Tyra Banks (Eve), Francia Raisa (Grace Martin), Gavin Stenhouse (Calum), Hank Chen (Brendan Butler), Alison Fernandez (Lex Roberts). 81 min. From Bankable Productions and Homegrown Pictures with the ABC Television Group. A sequel to Life-Size, which aired on The Wonderful World of Disney in 2000.