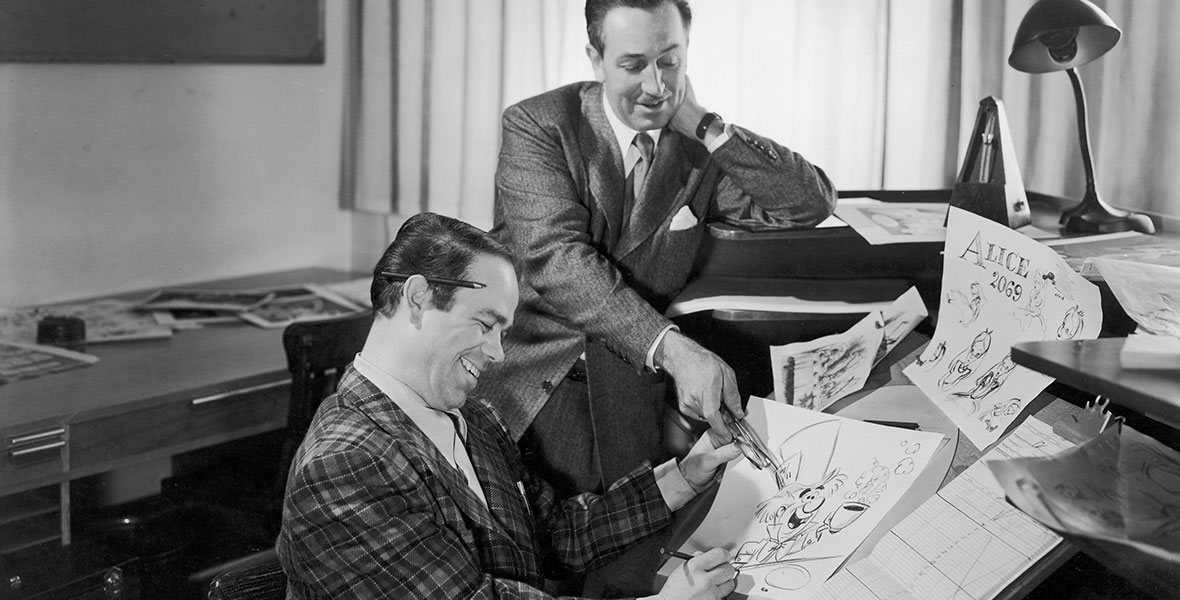 Kimball, Ward (1914-2002) Animator; began his Disney career in 1934, known as one of Walt’s “Nine Old Men.” He animated on such Disney classics as Pinocchio (on which he was noted for his creation of Jiminy Cricket), Dumbo, The Three Caballeros, and directed the Academy Award-winning shorts, Toot, Whistle, Plunk and Boom and It’s Tough to Be a Bird. He also produced episodes for the television series Disneyland, most notably the shows on the subject of Man in Space, and consulted on World of Motion for Epcot. Ward was a train enthusiast, whose love of the hobby helped get Walt himself interested. He was honored with the Disney Legends award in 1989.