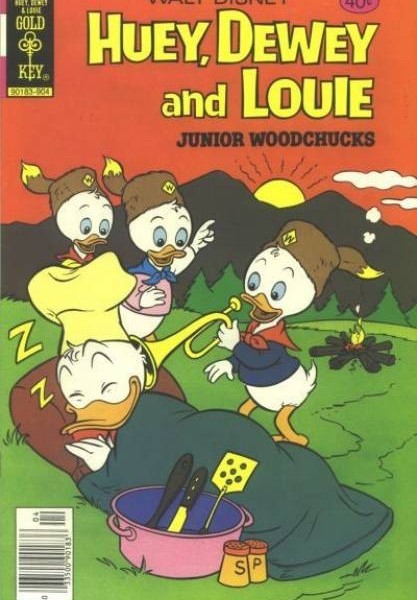 Junior Woodchucks A pseudo-scout organization to which Donald’s nephews belonged, created by artist Carl Barks. It made its first appearance in Walt Disney’s Comics and Stories no. 125 in 1951. There were Junior Woodchucks comic books from 1966 to 1984 (and in 1991), and even a Junior Woodchucks manual.