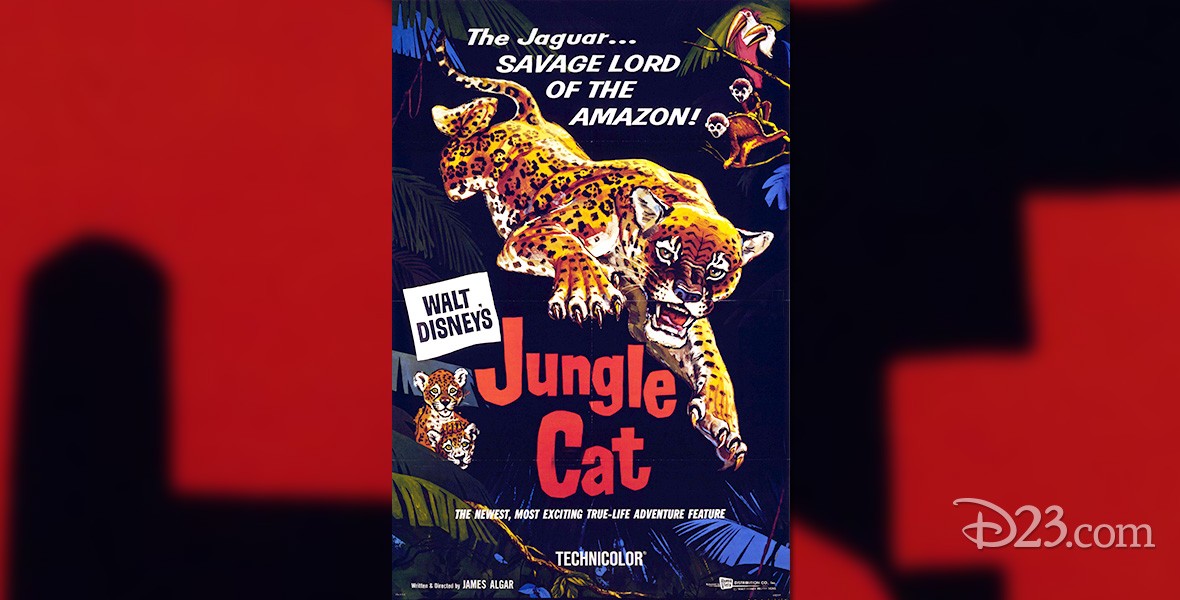 Jungle Cat (film) True-Life Adventure feature; initial release on December 16, 1959; general release on August 10, 1960. Directed by James Algar. The last of the True-Life Adventure series, Winston Hibler narrates the story of the South American jaguar. After a background is given on the cat’s history, the daily life of the jaguar is shown. Two jaguars mate, teach their kittens, hunt, and fight their worst enemies, the crocodile and huge boa constrictor who are after their kittens. The setting of the film is the vivid jungle and its inhabitants, with a striking finale of a sunset on the Amazon River. Animals depicted include giant anteaters, jungle otters, iguana, tapir, sloth, and monkeys. Three top naturalist-photographers spent over two years in the Amazon basin of Brazil filming this superbly photographed documentary. 70 min. Released on video in 1986.