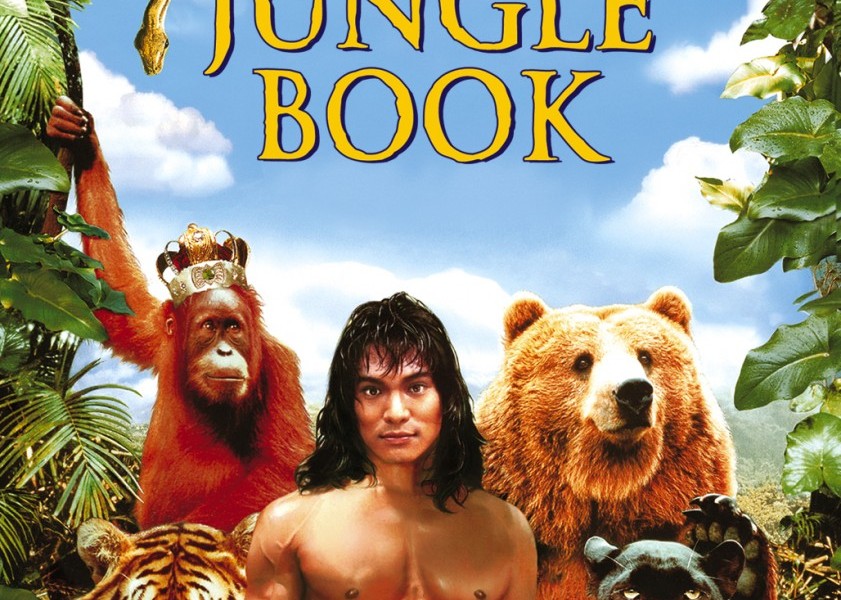 Jungle Book, Rudyard Kipling’s The (film) Mowgli, a young man raised since childhood by wild animals in the jungles of India, is eventually drawn from the jungle by his attraction to the beautiful Kitty, daughter of Major Brydon, an important English military official. Mowgli’s life changes as he reenters civilization. When an avaricious military officer, Capt. Boone, forces Mowgli to reveal the jungle’s hidden treasures, Mowgli has to rely on his loyal animal friends—Grey Brother (a wolf), Baloo, and Bagheera—to survive the perilous ordeal and reunite with Kitty. Released on December 25, 1994. Directed by Stephen Sommers. Filmed in CinemaScope. 111 min. Stars Jason Scott Lee (Mowgli), Cary Elwes (Boone), Lena Headey (Kitty), Sam Neill (Col. Brydon), John Cleese (Dr. Plumford). The Kipling story had been filmed as a live-action motion picture by Alexander Korda in 1942 with Sabu as Mowgli, and as an animated film by Disney in 1967. For this production, interiors were filmed at the Mehboob Studios in Bombay, India, with jungle locations in Jodhpur. Because of the problems of shipping trained animals to India, additional “jungle” sets were created in Tennessee and on Fripp Island, South Carolina. The production had the largest group of trained animals—52 tigers, leopards, wolves, bears, elephants, horses, Brahma bulls, and monkeys—that had been assembled for any film since Doctor Doolittle. Released on video in 1995.