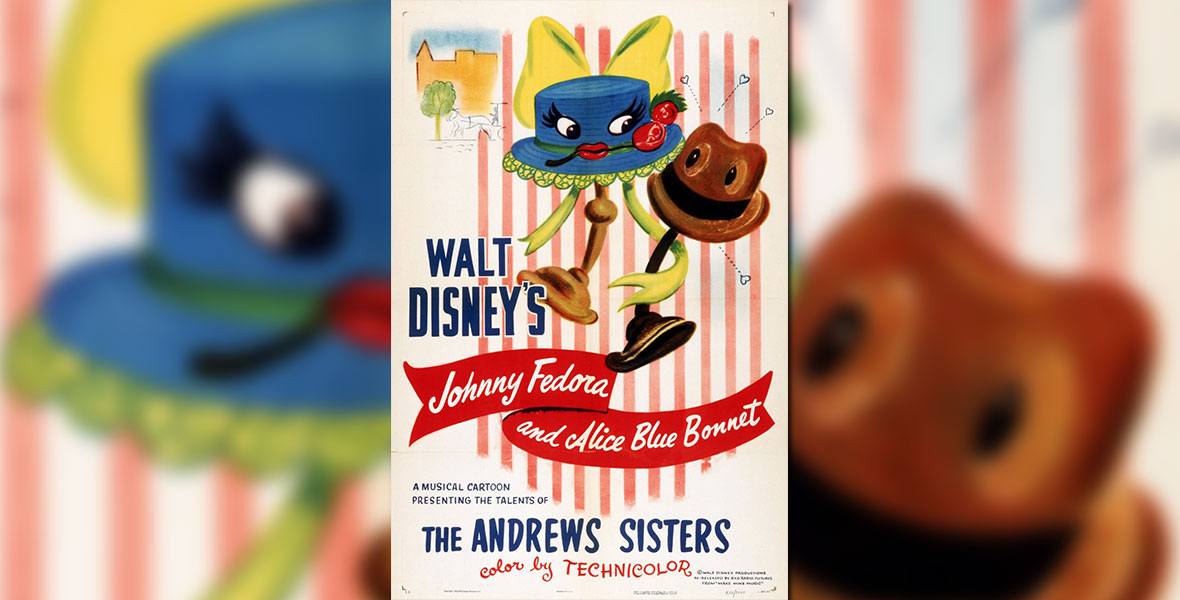 Johnny Fedora and Alice Bluebonnet (film) Segment of Make Mine Music, sung by the Andrews Sisters, about the romance between a boy and girl hat. Re-released as a short on May 21, 1954. The title card on the film uses a variant spelling—Johnnie—though Johnny is more commonly used, including on the one-sheet poster and sheet music. Blue Bonnet has occasionally been spelled as two words.

Johnny Appleseed (film) Johnny Kapahala: Back on Board (television)