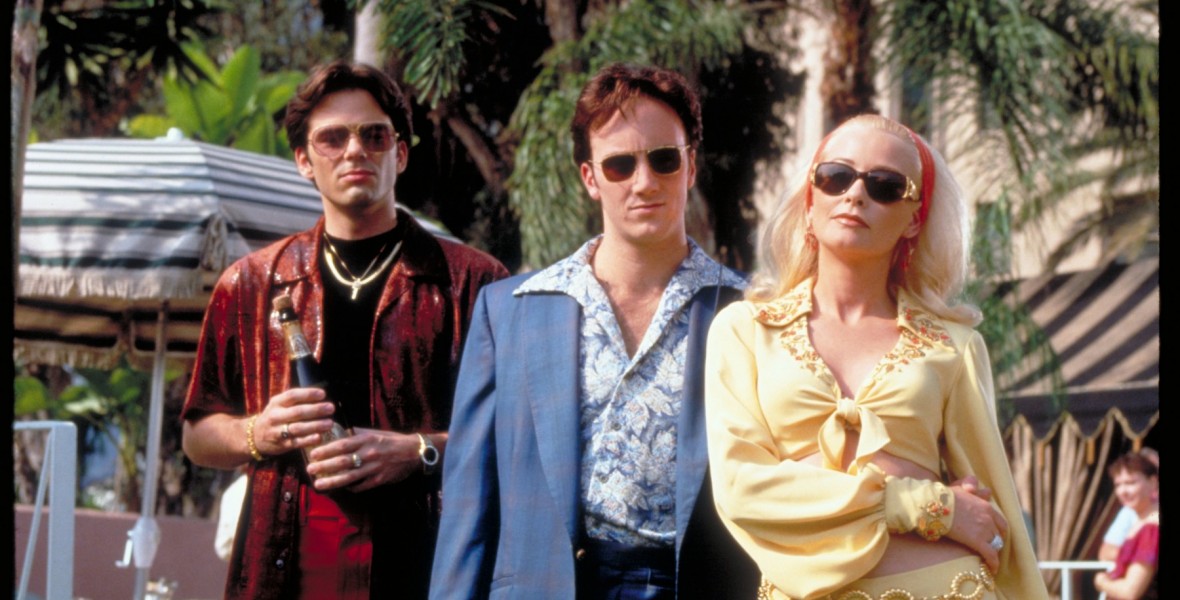 Jane Austen’s Mafia! (film) This parody of films about organized crime begins with young Vincenzo Cortino forced to leave Sicily and swim to America, where he becomes the infamous, though clutzy, patriarch of a powerful crime family. As he ages, he realizes that he will have to hand the reins of power to one of his sons–either the psychotic Joey or the war hero Anthony. In the background are the themes of strong family loyalty, the struggle for power, and relentless treachery. Directed by Jim Abrahams. A Touchstone picture. Released on July 24, 1998. Stars Lloyd Bridges (Vincenzo Cortino), Jay Mohr (Anthony), Olympia Dukakis (Sophia), Christina Applegate (Diane), Billy Burke (Joey). 87 min. The movie covers the years from 1912 to the present, filmed in and around Los Angeles, and in Reno, Nevada. Advertised as Mafia, after initial research showed most theatergoers had never heard of Jane Austen. Released on video in 1999.