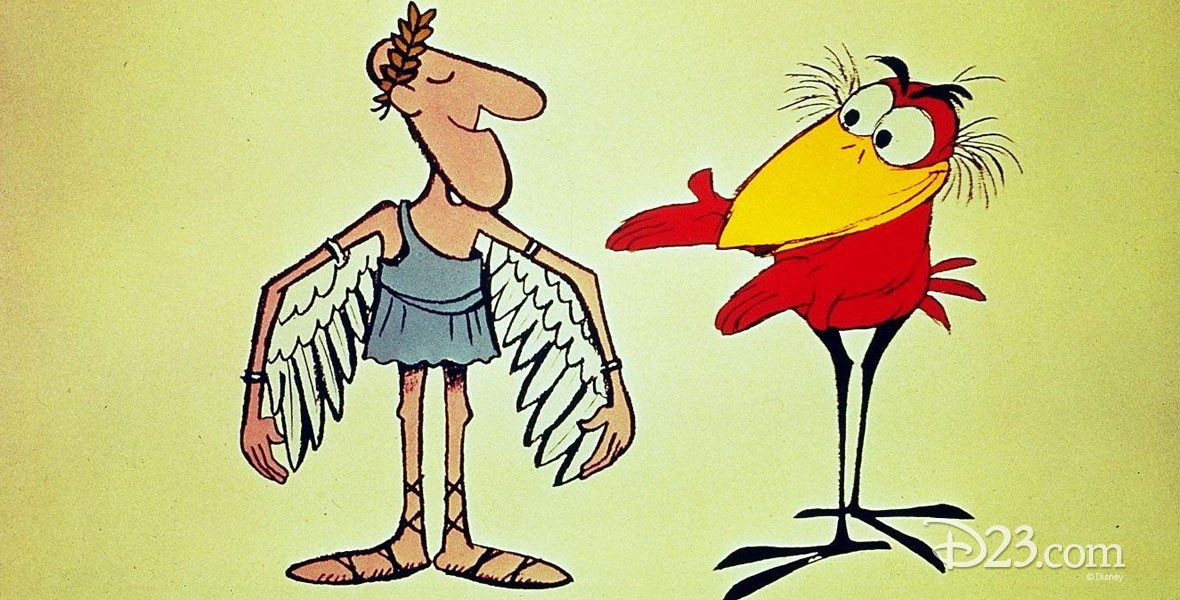 It’s Tough to Be a Bird (film) Special live-action and cartoon featurette; released on December 10, 1969. Directed by Ward Kimball. The story is told of the bird’s contribution to mankind and his never-ending fight for survival from prehistoric times to the present. There are humorous moments throughout, and even the buzzard is honored in the epic struggle that still continues between humans and birds. This popular short received the Academy Award as Best Cartoon Short Subject of 1969. The film is hosted by M.C. Bird voiced by Richard Bakalyan, and features many highlights, including a hilarious musical number by Ruth Buzzi entitled “When The Buzzards Return to Hinckley Ridge.” 22 min. An extended version aired on television on December 13, 1970. Released on video in 1986.

It’s All Relative (television) It’s Tough to Be a Bug! (film)