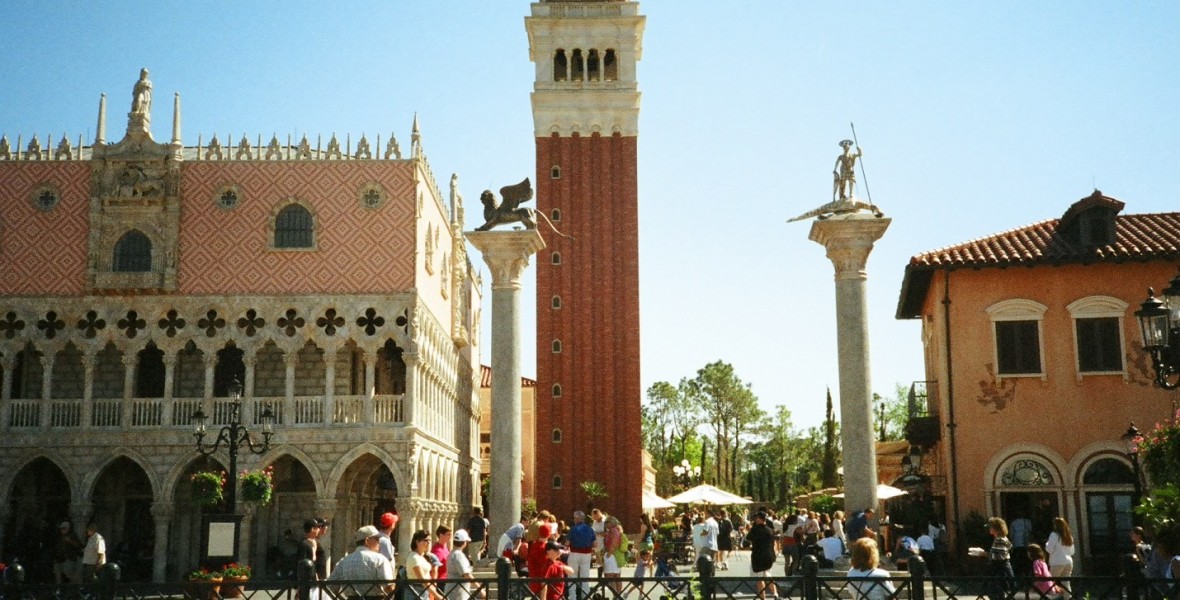 Italy Pavilion in World Showcase at Epcot; opened October 1, 1982. Disney designers carefully studied Italian architecture, and determined that their pavilion should have the look of Venice. A small island gives the impression of the canals. One can sometimes even get the feeling that he is actually in St. Mark’s Square, with the Doge’s Palace, statues of Neptune and St. Mark the Evangelist, and the Campanile being smaller versions of their models. In the square, a troupe of actors renowned for their broad comedy, Il Commedia di Bologna, frequently inveigles passersby to put aside their fears of embarrassment and join in the hilarious 15-minute pageants. The pavilions attractions are its several shops selling Italian arts and crafts, and the fine Alfredo’s restaurant. Alfredo’s was succeeded by Tutto Italia in 2007.