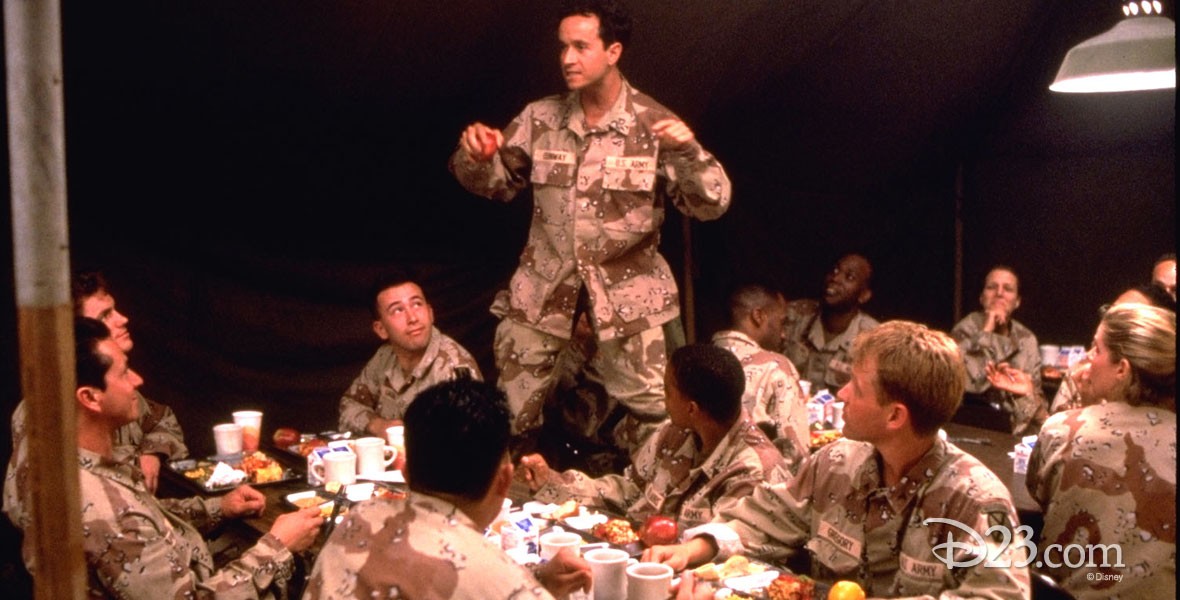 In the Army Now (film) Bones Conway is not ideal Army material, but that doesn’t stop him from joining up for a hitch in the Reserves in order to cash in on all the great perks, including free room and board and a steady salary for doing minimal work. He manages to bluff his way through basic training, but is then shocked to find his unit called up for service in the African desert. He ends up not only battling the rules and regulations, but also power-hungry authority figures and would-be world dictators. Released on August 12, 1994. Directed by Daniel Petrie, Jr. A Hollywood Pictures film. 92 min. Stars Pauly Shore (Bones Conway), Lori Petty (Christine Jones), David Alan Grier (Fred Ostroff), Andy Dick (Jack Kaufman), Esai Morales (Sgt. Stern). Filmed on locations in California and Arizona, and at Fort Sill, Oklahoma. Released on video in 1995.

In Shape with Von Drake (television) In the Bag (film)