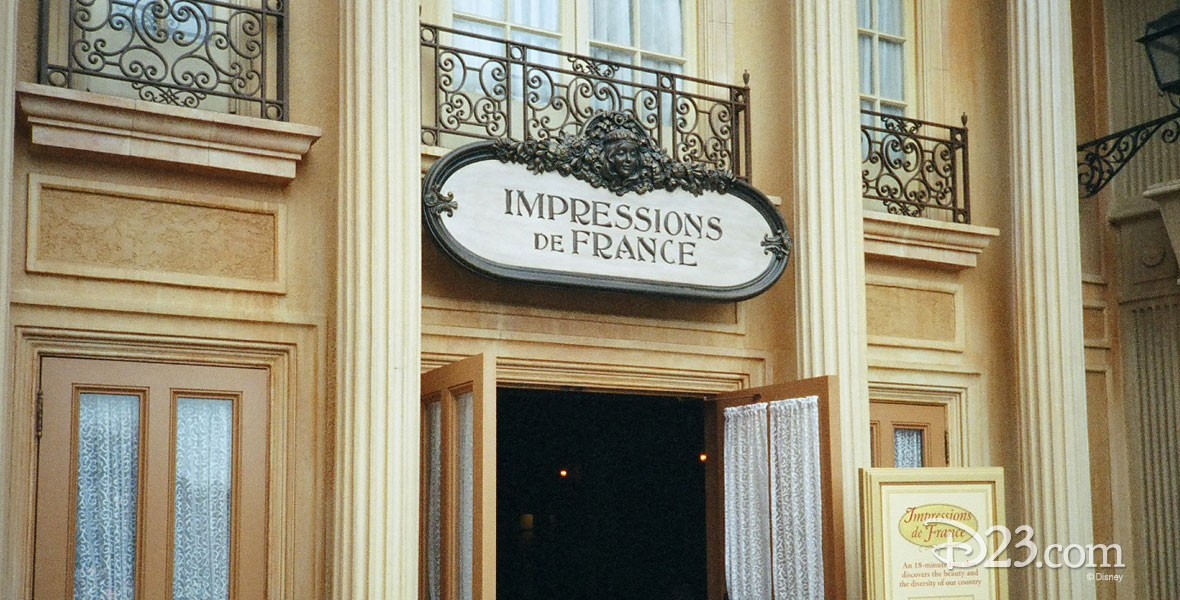 Impressions de France (film) Film highlighting the scenery of France against a background of music by the French classical composers, for the France pavilion, World Showcase, Epcot, opened on October 1, 1982. In 2020, the film was upgraded to 4K projection and began playing in rotation with Beauty and the Beast Sing-Along.