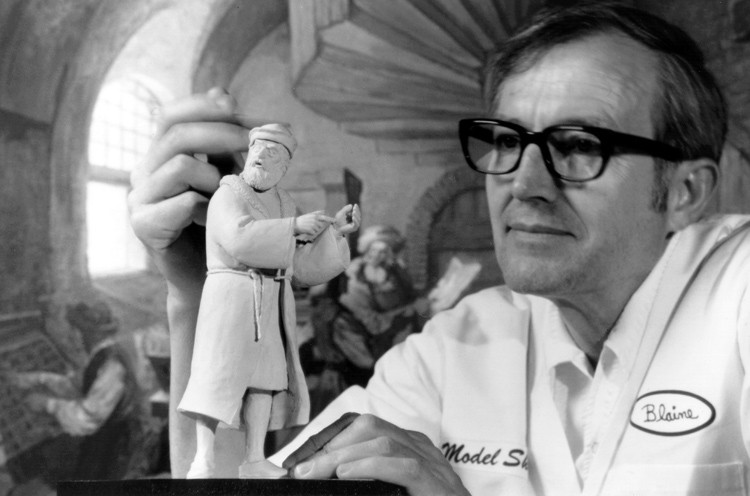 Gibson, Blaine (1918-2015) Artist and sculptor, joined Disney in 1939 as an inbetweener and assistant animator, working on the features through One Hundred and One Dalmatians. In 1954 he began working on projects at WED Enterprises in his spare time, and went over there permanently in 1961. He headed the sculpture department, responsible for most of the heads of the Audio-Animatronics characters, from pirates to the Presidents. His statue of Walt and Mickey graces the hub at Disneyland. He retired in 1983, and was made a Disney Legend in 1993.