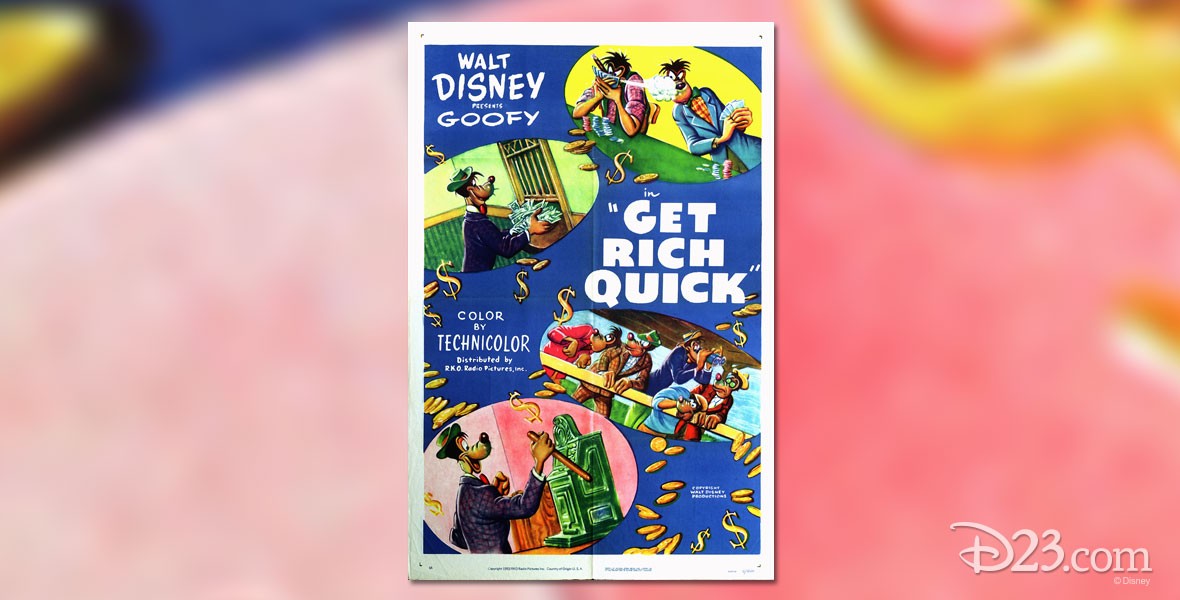 Get Rich Quick (film) Goofy cartoon; released on August 31, 1951. Directed by Jack Kinney. Again playing Everyman, Goofy wins money at poker and though his wife is initially angry with his gambling, she forgives him when she sees the amount of cash he has won, causing Goofy to say, “Easy come, easy go!”

Get it Right: Following Directions with Goofy (film) Get the Message (film)