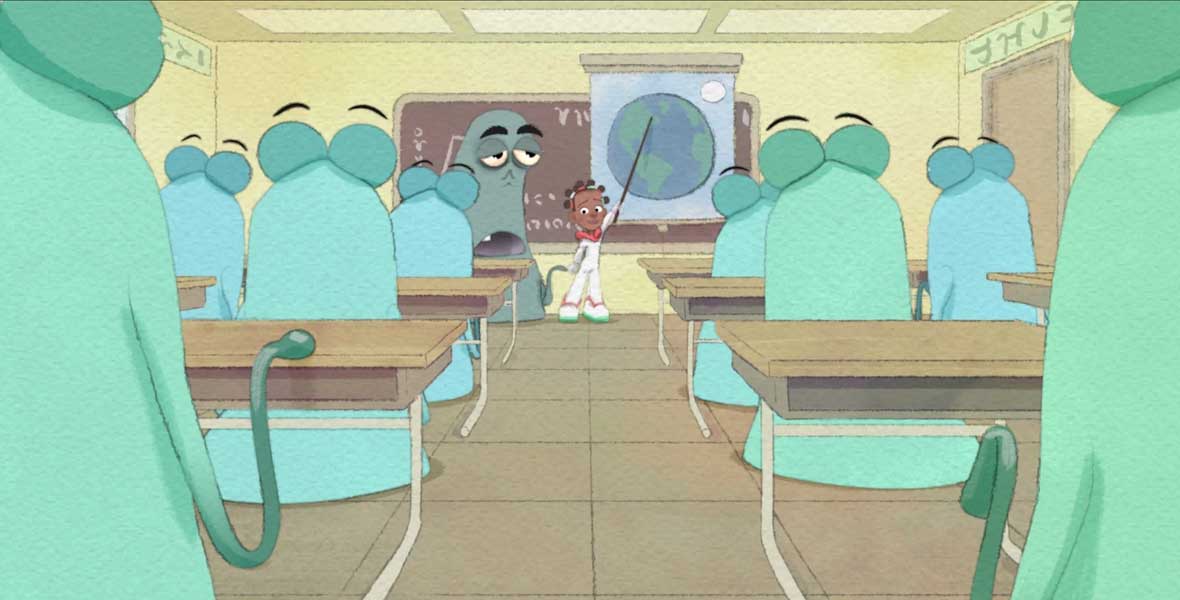 Exchange Student (film) Animated short film; premiered January 24, 2020, on Disney+. The only earthling at a school for aliens is the ultimate outsider and must prove her worth to be accepted by her unusual new classmates. Directed by Natalie Nourigat. 2 min. From the Walt Disney Animation Studios Short Circuit program. See also Short Circuit.