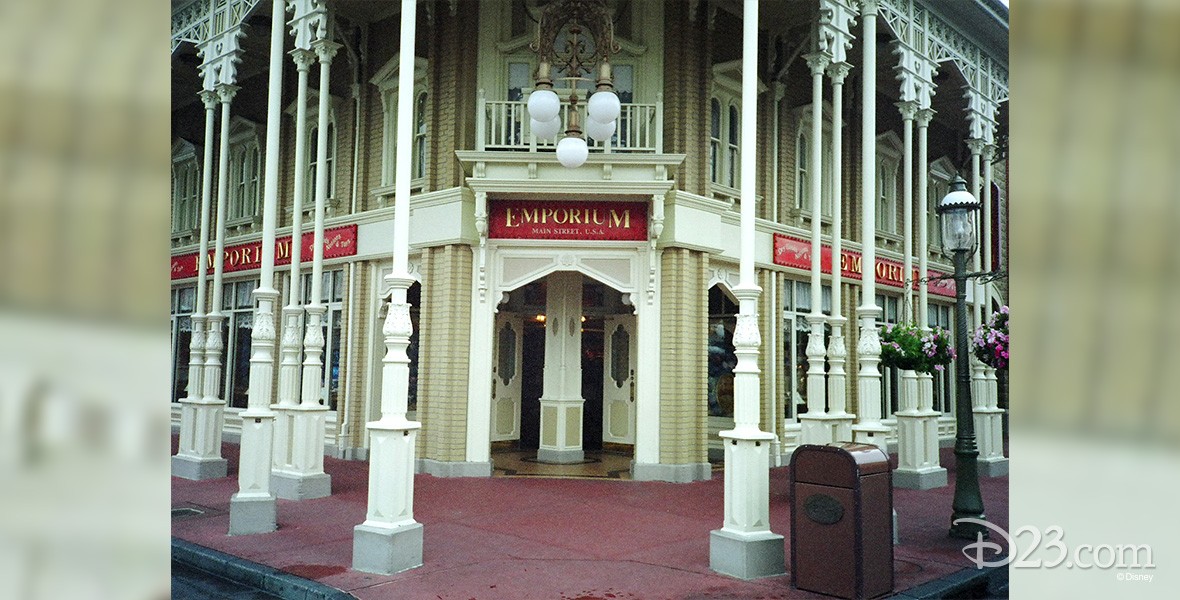 Emporium The largest store on Main Street at Disneyland, opened July 17, 1955. It serves as the primary place for Disneyland to showcase its souvenir merchandise, and, located right at the end of Main Street as one is leaving the park, it is ideal for those last-minute purchases. A highlight at the Emporium are its windows. Facing Main Street, they are usually filled with elaborate dioramas telling the story of the latest Disney animated film release. Also in Magic Kingdom Park at Walt Disney World, opened October 1, 1971. Also in World Bazaar in Tokyo Disneyland, opened on April 15, 1983, in Disneyland Paris, opened on April 12, 1992; and in Hong Kong Disneyland, opened September 12, 2005.