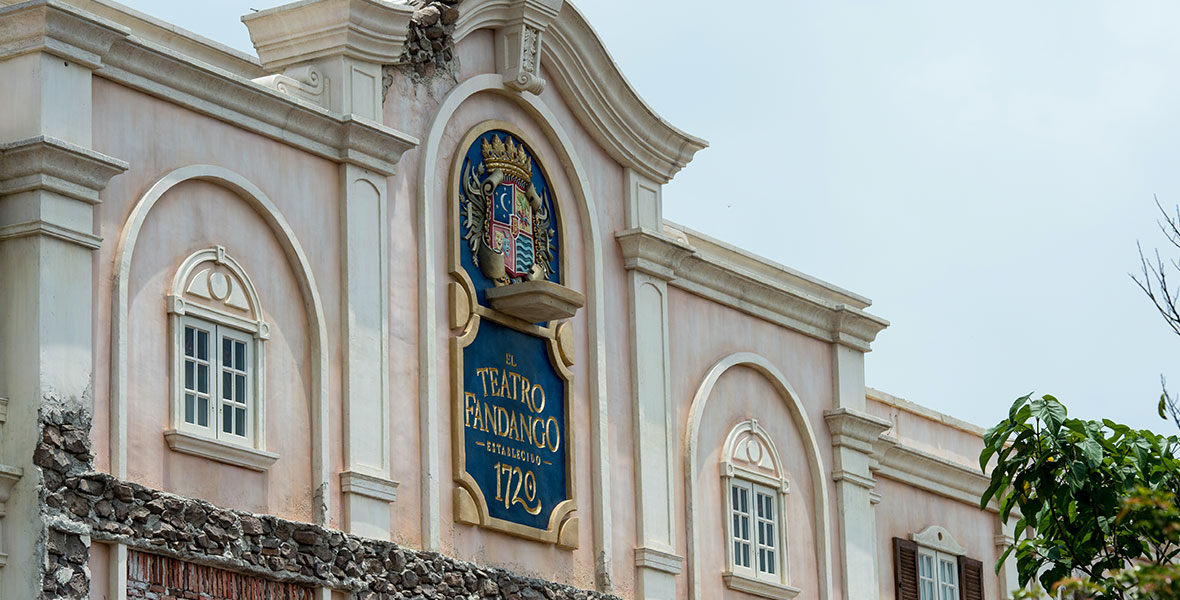 El Teatro Fandango Theater in Treasure Cove at Shanghai Disneyland; opened June 16, 2016, with Eye of the Storm: Captain Jack’s Stunt Spectacular. When Jack Sparrow sees an actor portraying him on stage, he vows to show the imposter what a real pirate can do. Mayhem ensues when British Naval forces and pirates arrive, with stunts and duels continuing despite a raging storm that slams through the theater.