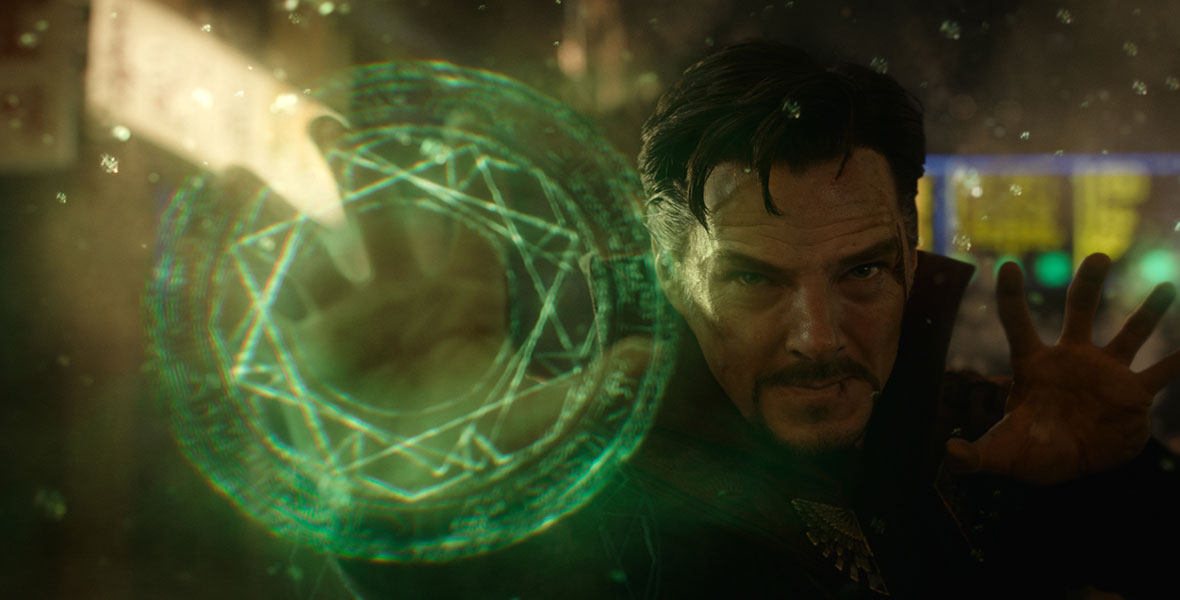 Doctor Strange (film) After a tragic car accident leaves his hands permanently impaired, thus destroying his career, famed neurosurgeon Stephen Strange travels to the farthest corners of the world to find a cure. He crosses paths with The Ancient One, who opens up worlds to the doctor he had only dreamed of, teaching him the secrets of a hidden world of mysticism and alternate dimensions. Based in New York City’s Greenwich Village, Dr. Strange must act as an intermediary between the real world and what lies beyond, utilizing a vast array of metaphysical abilities and artifacts to protect the universe. Released in the U.S. Nov. 4, 2016, also in 3D and IMAX, after an Oct. 25 release in Britain and Ireland. Directed by Scott Derrickson. Stars Benedict Cumberbatch (Dr. Stephen Strange), Tilda Swinton (The Ancient One), Rachel McAdams (Christine Palmer), Mads Mikkelsen (Kaecilius), Benedict Wong (Wong), Chiwetel Ejiofor (Baron Karl Mordo). 115 min. Based on the character created by Steve Ditko for the Marvel comic book series. Filmed in wide-screen format in Nepal, Britain, and New York.