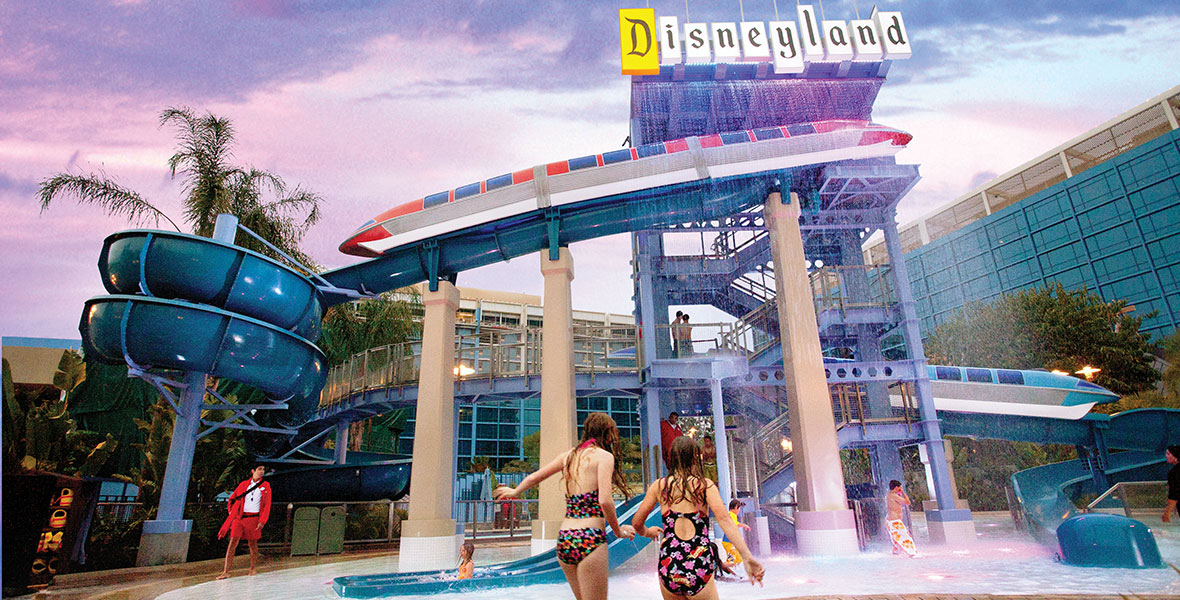 Disneyland Hotel When Walt Disney built Disneyland in 1955, he did not have enough money to build a hotel too, but he reasoned that such a hotel would be very successful next to the park. So, he persuaded his friend Jack Wrather to build the hotel on Disney land just across West Street from the park. The Wrather Corporation expanded their hotel through the years, until it eventually had three towers (Bonita, Marina, and Sierra), but after Walt Disney’s death, the Disney company began making overtures to purchase the hotel. For one thing, it was awkward having the Disney name on something that the Disney company did not own. In 1988, Disney purchased the entire Wrather Corporation, acquiring not only the Disneyland Hotel, but the lease to operate the Queen Mary in Long Beach. The hotel has the advantage of being attached to Disneyland by the Monorail. Guests embarking at the hotel are whisked directly into the station in Tomorrowland inside the park. This monorail line connecting the hotel to Disneyland was the first time a monorail had been built over a city street. The hotel has a large convention space, outdoor activities, including three swimming pools, and a selection of restaurants from Goofy’s Kitchen and Hook’s Pointe to the upscale Granville’s. The Hotel’s three towers were renamed Magic, Dreams, and Wonder on August 13, 2007. They were soon renamed again—Fantasy (2012), Adventure (2010), and Frontier (2011).