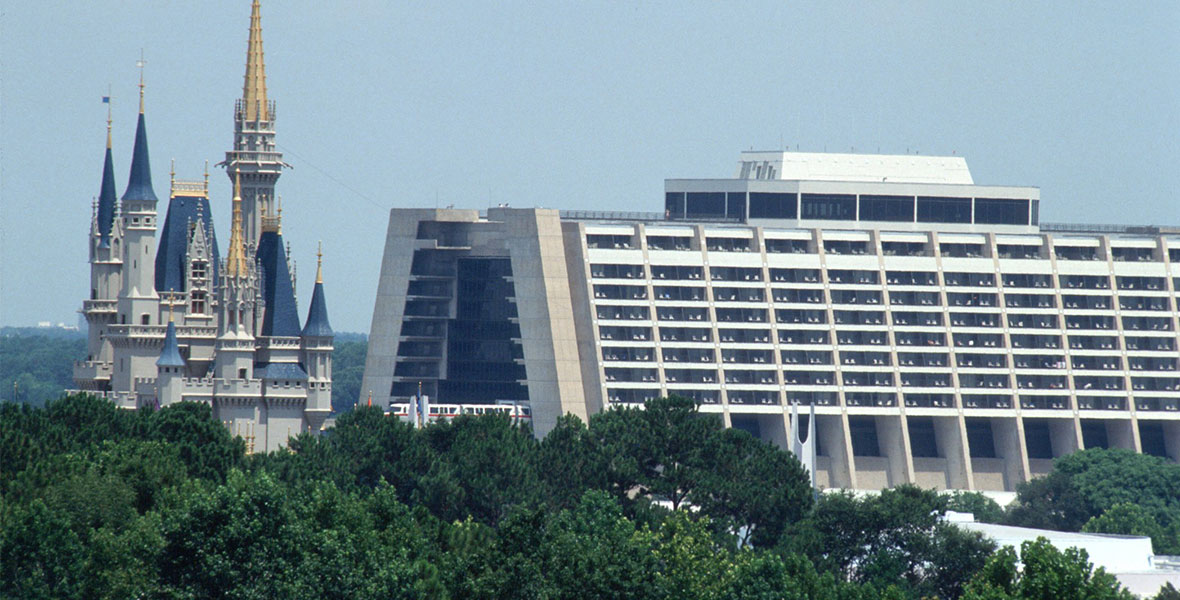 Contemporary Resort One thousand, forty-six room hotel at Walt Disney World; opened on October 1, 1971. The hotel, built in cooperation with U.S. Steel, was architecturally interesting, as the A-frame was built like an egg crate. The individual rooms were built elsewhere to the point where they were almost completely furnished; then they were slid into the framework by huge cranes. The Monorail was designed to glide through the hotel, above its fourth floor level, and the interior of the A is open from there to the top. Disney artist Mary Blair designed huge 90-foot-high mosaic murals which cover the elevator core in the center. Besides the tower building, additional garden wings are built out from it. Meant originally as a convention hotel, the large exhibit space on the ground floor eventually became the vastly popular Fiesta Fun Center (later Food and Fun Center), where kids can spend their hours playing video games, watching Disney movies, or having a hamburger. A separate convention center was added in the 1991. A vacation club resort, Bay Lake Tower, with 295 villas, opened on August 4, 2009.