Home / Disney A to Z / C / Confessions of a Shopaholic (film) 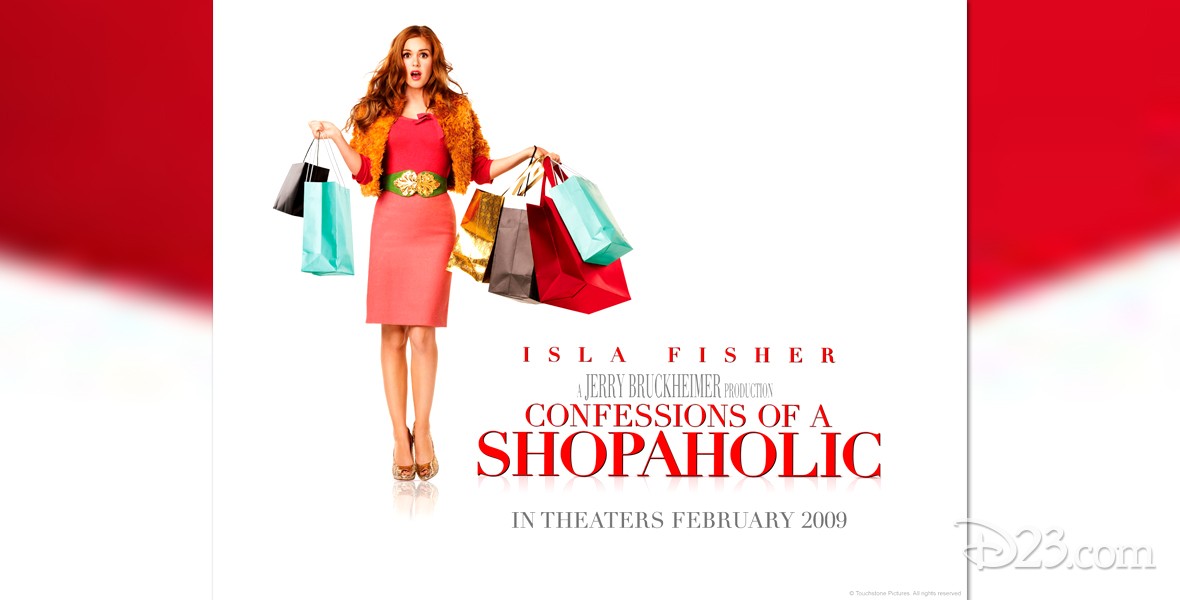 Confessions of a Shopaholic (film) Rebecca Bloomwood is a sweet and charming New York City girl who has a tiny problem that is rapidly turning into a big problem: she is hopelessly addicting to shopping and is drowning in a sea of debt. While Rebecca has dreams of working for a top fashion magazine, she cannot quite get her foot in the door—that is, until she snags a job as an advice columnist for a financial magazine published by the same company. Overnight, her column becomes hugely popular, turning her into a celebrity. But when her compulsive shopping and growing debt issues threaten to destroy her love life and derail her career, she struggles to keep it all from spiraling out of control, and is ultimately forced to reevaluate what is really important in life. Directed by P.J. Hogan. Released on February 13, 2009, after a February 12 release in Russia and Thailand; from Touchstone Pictures and Jerry Bruckheimer Films. Stars Isla Fisher (Rebecca Bloomwood), Hugh Dancy (Luke Brandon), Krysten Ritter (Suze), Joan Cusack (Jane Bloomwood), John Goodman (Graham Bloomwood), John Lithgow (Edgar West), Wendle Malick (Miss Korch), Kristin Scott Thomas (Alette Naylor), Fred Armisen (Ryan Koenig), Leslie Bibb (Alicia Billington), Lynn Redgrave (drunken lady at ball), Robert Stanton (Derek Smeath), Julie Hagerty (Hayley). 105 min. Based on the best-selling novels by Sophie Kinsella. Filmed in CinemaScope on location in New York, Miami, and Connecticut.