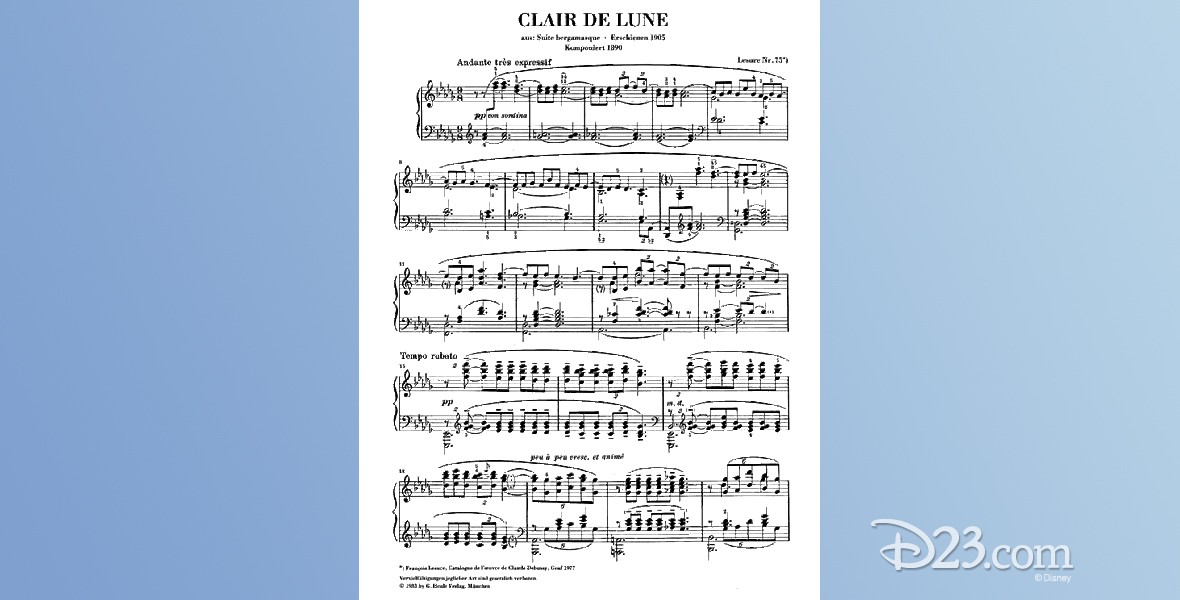 Clair de Lune The Debussy piece was originally planned to be a part of Fantasia, and animation of flying cranes in an ethereal swamp was filmed, but when the film proved too long, the segment was shelved. Years later, a place for it was found in Make Mine Music, but that film featured more contemporary music, so the song, “Blue Bayou,” was substituted for “Clair de Lune.”