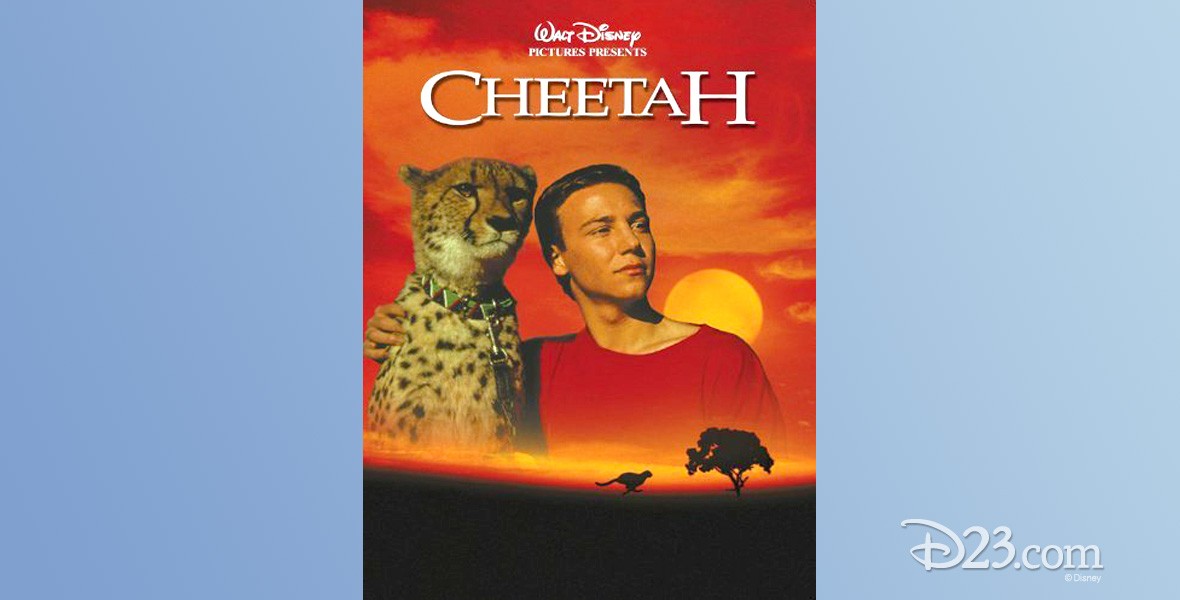 Cheetah (film) Teenagers Ted and Susan join their parents at a Kenyan research station. After befriending a young native boy, Morogo, they find a baby cheetah whose mother has been killed by poachers. They manage to convince their parents to let them raise the cheetah, named Duma, as a pet. When it’s time for the kids to return home, Duma has to be returned to the wild. Before this can be accomplished, he is captured by a local merchant hoping to race the cat against greyhounds. Ted and Susan disobey their parents and set out to rescue Duma with Morogo’s help. Released on August 18, 1989. Directed by Jeff Blyth. 83 min. Stars Keith Coogan (Ted Johnson), Lucy Deakins (Susan Johnson), Collin Mothupi (Morogo). Filmed on location in Kenya, with the cast and crew setting up a small compound consisting of 85 tents as their base of operations. Released on video in 1990.