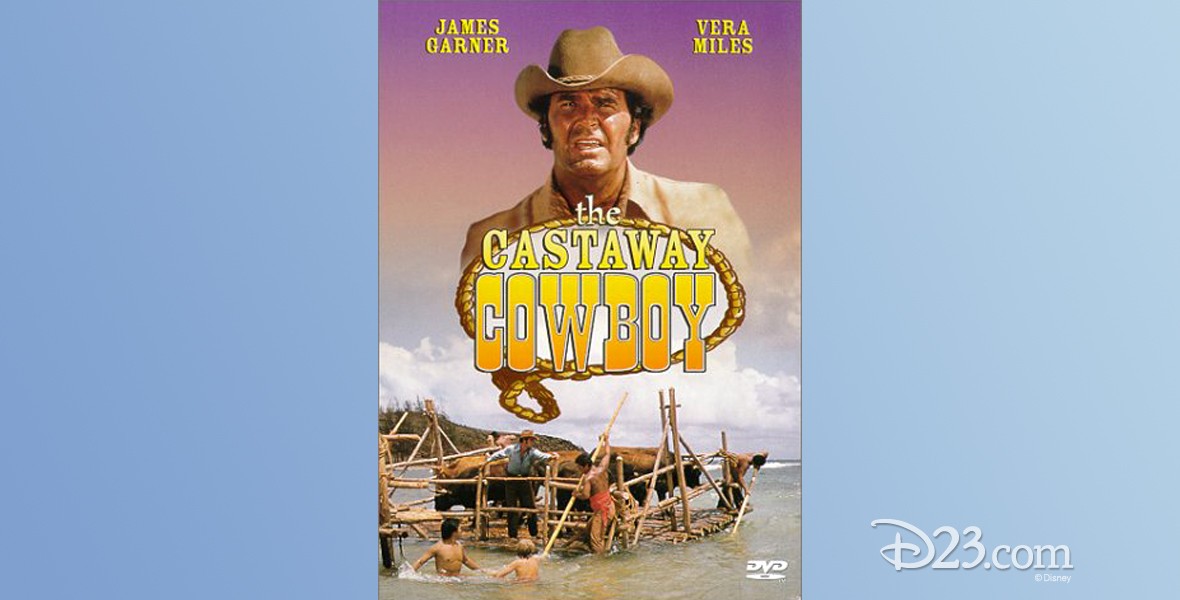 Castaway Cowboy, The (film) On the island of Kauai, during the 1850s, a widow rancher, Henrietta MacAvoy, and her son, Booten, rescue Lincoln Costain from drowning. Lincoln is a Texas cowboy who had been shanghaied aboard a ship from which he elected to jump. Costain is persuaded to teach the Hawaiian farmhands how to become cowboys so that they can profit from the wild cattle on Henrietta’s land. After apprehending a witch doctor, stopping a stampede, and eliminating his business/romantic competition, Costain remains on the island to keep his new cowboys in line. Released on August 7, 1974. Directed by Vincent McEveety. 91 min. Stars James Garner (Costain), Vera Miles (Henrietta), Robert Culp (Bryson), Eric Shea (Booton), Manu Tupou (Kimo), Gregory Sierra (Marrujo), Shug Fisher (Capt. Carey), Ralph Hanalei (Hopu), Kahana (Oka). The production was filmed on the island of Kauai, with the water slide scenes shot at Kilauea Falls. The main setting—the MacAvoy farm—was designed by production designer Robert Clatworthy and built on a bluff reachable only by private road. The waterfront set was built at Mahaulepu.  Released on video in 1984.