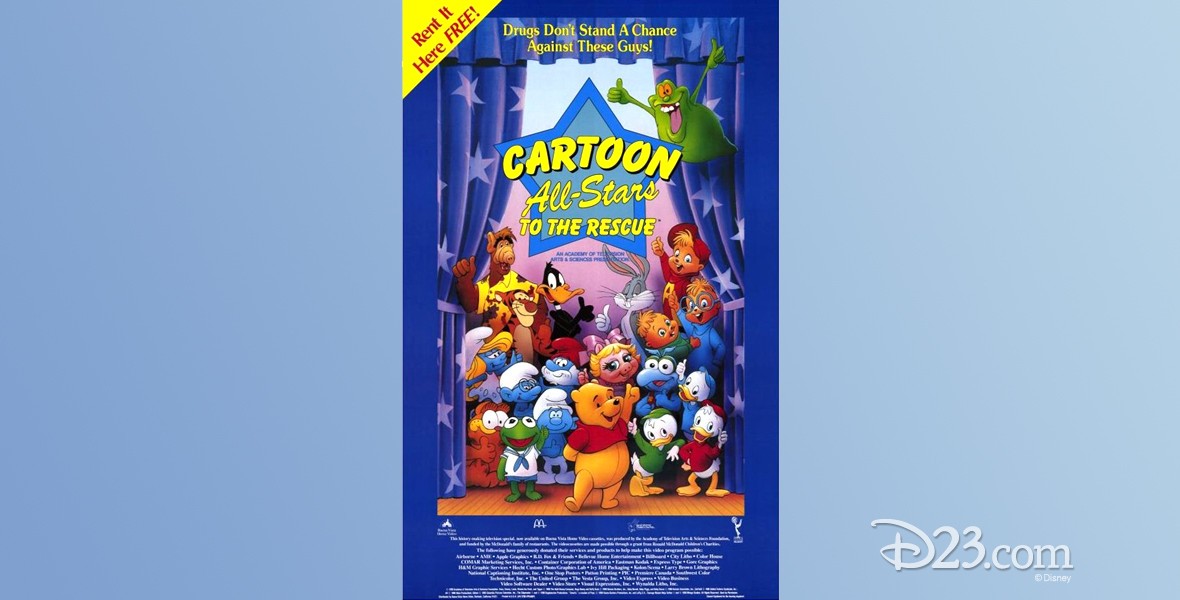 Cartoon All-Stars to the Rescue (television) Television’s most popular cartoon characters helping a young girl free her brother from the grip of drugs, a special that aired simultaneously throughout North America on most television stations on April 21, 1990; released on video in association with McDonald’s and the Academy of Television Arts & Sciences in June 1990.