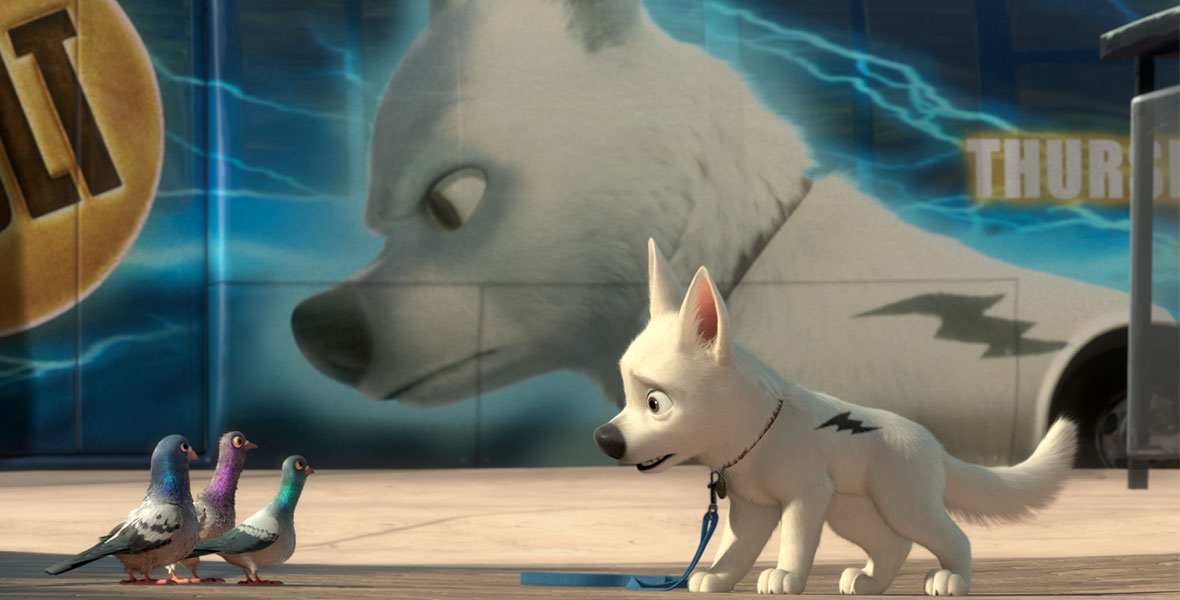 Bolt (film) For super-dog Bolt, every day is filled with adventure, danger, and intrigue—at least until the cameras stop rolling. When the star of a hit TV show is accidentally shipped from his Hollywood soundstage to New York City, he begins his biggest adventure yet—a cross-country journey through the real world to get back to his owner and co-star, Penny. Armed only with the delusions that all his amazing feats and powers are real, and with the help of two unlikely travelling companions—a jaded, abandoned housecat named Mittens and a TV-obsessed hamster in a plastic ball named Rhino–Bolt discovers that he doesn’t need superpowers to be a hero. Directed by Chris Williams and Byron Howard. The computer-generated animated feature from Walt Disney Animation Studios was released on November 21, 2008 in 2-D and Disney Digital 3-D. Voices include John Travolta (Bolt), Susie Essman (Mittens), Miley Cyrus (Penny), Mark Walton (Rhino), Malcolm McDowell (Dr. Calico), James Lipton (the director), Greg Germann (the agent). 96 min. Working title was American Dog. A 6-minute Bolt featurette was released with Beverly Hills Chihuahua on October 3, 2008. Bolt’s design was loosely based on American White Shepherds, with changes to the ears, nose, and overall body size. The film was Disney’s first animated feature to be conceived and designed for 3-D. The DVD included the new short Super Rhino.