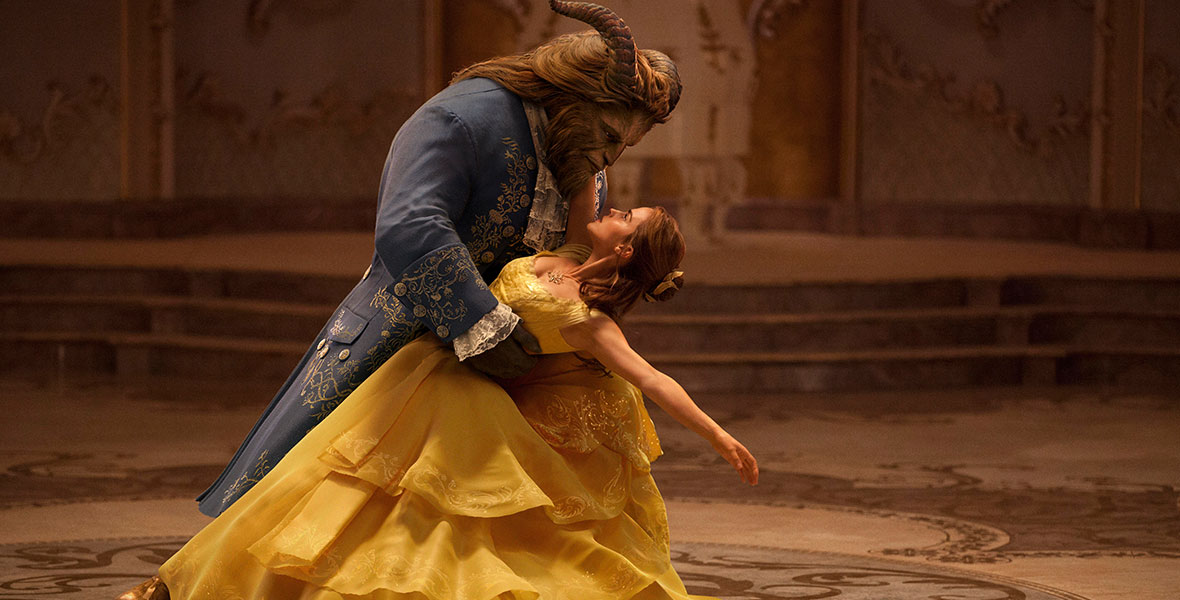 Beauty and the Beast (film) A live-action telling of the classic story. A prince is turned into a hideous beast by a spell that can only be broken by true love. The beautiful Belle is trapped in his castle, discovering not only the Beast but also that the staff has been turned into household objects. The Beast realizes that this human girl, the first to visit the castle since it was enchanted, may be his last hope. Directed by Bill Condon. Released Mar. 17, 2017, after a Mar. 15 release in the Philippines. Stars Emma Watson (Belle), Luke Evans (Gaston), Dan Stevens (Beast), Ewan McGregor (Lumière), Emma Thompson (Mrs. Potts), Josh Gad (LeFou), Ian McKellen (Cogsworth), Kevin Kline (Maurice), Audra McDonald (Garderobe), Stanley Tucci (Cadenza). 129 min. The Beast is almost all CG throughout the movie, a process which is also used with great effect in a spectacular “Be Our Guest” number. All of the songs have been retained from the 1991 animated feature, with three more added—“Evermore,” “Days in the Sun,” and “How Does a Moment Last Forever”—written by the original composer, Alan Menken, with lyrics by Sir Tim Rice. Filmed in widescreen format at Shepperton Studios outside London. It was nominated for Academy Awards for Best Costume Design and Best Production Design.